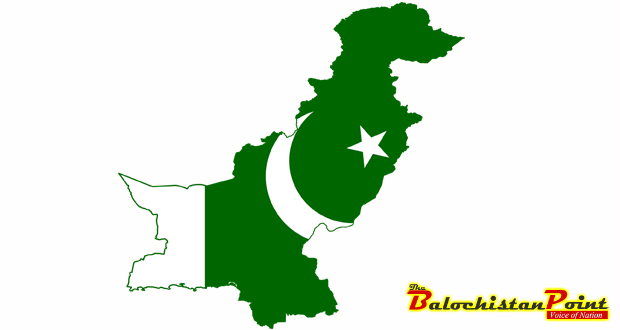 Pakistan has had her fair share in world affairs and news since her inception in 1947. The three wars fought with India – 1965, 1971 and 1999 are the primary reasons for it. Its importance increased since 9/11 dramatically as Pakistan became an ‘ally’ in the war on terror. The so-called war on terror brought terror to Pakistan and it became isolated internationally. Pakistan itself caused this sad state of affairs. Pakistan itself can change this and bring much needed peace and stability in South-East Asia. But how?

In my opinion Pakistan plays a crucial role for a peaceful Asia. It is also able to destabilize the region further. There are many factors that play a role in bringing peace in Pakistan and so in the region. However, in my opinion there is one main factor: the proxies. If Pakistan stops supporting its proxies in neighboring countries, then there will be peace in Pakistan. Peaceful Pakistan means a stable South-East Asia where the neighbors are allies instead of enemies. But, can Pakistan leave the proxies which they controlled and commanded for over than 30 years?

With letting the proxies go Pakistan sends a message that it stands against terror and Islamic extremism. Only letting go the proxies will not help, of course. One has to dismantle and defeat them. Luckily, after much international pressure, Pakistan started last year a military offensive against the Taliban and Al-Qaida in North-Waziristan; Zarb-e-Azb. The horrific attack at an Army school in December last year, where more than hundred students died, brought the much needed shift in policy.

Pakistan started its policy of using proxies in the 80’s. Men were recruited with using Islam as a tool. The men, the mujahedeen, who went on to fight the Soviet Union (USSR) in Afghanistan and the Indian army in Indian-held Kashmir where taught that they will fight evil non-Muslims who occupy Islamic territory. Those mujahedeen are hunting Pakistan now-a-days. They believe that the Pakistani state is un-Islamic so they want overthrow the state to introduce Shariah. This led to a dramatic increase of sectarian killings in Pakistan. They don’t only commit suicide attacks in crowded markets, but also attack worship places of almost every religious sect, whether an Islamic or an Non-Islamic sect. In Karachi alone, there are a lot of doctors, teachers, shopkeepers shot dead because they belonged to a particular sect.

To change Pakistan the mindset of the state has to change. Pakistan lost 70,000 people, business investors left the country, Pakistanis became known as ‘terrorists’ all over the world and Pakistan became an isolated country, where for six years international cricket was banned, no other major sport event was held and a poor relationship with all the neighbors; Afghanistan, India and Iran, except China.  And let’s not even talk about the economy. It is indeed a big change that they started the Zarb-e-Azb. In short, the policy of using proxies failed miserably.

Hard line interpretation of Islam has led to a Pakistan where now-a-days the national sport is ‘Is he or she a Muslim?

With leaving the proxies Pakistan has to transform itself in a secular country. Believe it or not, before the 70’s Pakistan was nearer to secularism than to a theocracy. Zia-ul-Haq started the Islamization of Pakistan in the late 80’s. His hard line interpretation of Islam led to a Pakistan where now-a-days the national sport is ‘Is he or she a Muslim?’ 30 years of brainwashing generations through school books led to a Pakistan where the word secularism is received as sickness. 30 years of brainwashing led us believe that the whole world is conspiring to us. It’s the world versus Pakistan and everyone wants to destroy Pakistan. It also led to think us that we are guardians of the Muslims worldwide. We care more about Muslims around the world than Muslims and non-Muslims in Pakistan. This can be changed with changing the study books.

Changing the study books without leaving the proxies will not bring peace. The proxies will still be able to commit attacks in Afghanistan or India. 30 years we need to raise a generation who is secular and wants peace in its own country as well in the neighboring countries. It is a long way and needs a lot of time, but we are not to late yet. We have to start today instead of tomorrow.

Peace in South-East Asia stands or falls with the Pakistani policy. Pakistan can bring peace with getting rid of her proxies and raise a generation without hate. For Pakistan itself it is vital to find peace. More years of economic downfall and terrorists attacks will definitely lead to a failed state. So to finish this column, for the survival of Pakistan it’s vital to have peace with itself and its neighbors. Sticking to the policy of using proxies will further destabilize Pakistan and so South-East Asia.

Author can be reached at mbullah@avans.nl.

Published in The Balochistan Point on October 8, 2015