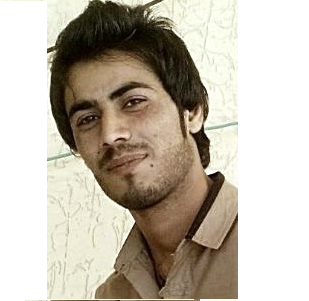 Panjgoor,  a backward district of Baluchistan with insufficient amenities of life; however, is ranked as the most literate district of the least developed province and is nothing less than a glooming star in a cluster of a dark sky. Unfortunately, the contemporary upheavals of the district have resulted the closure of 23 private schools including English language centers which have previously been producing specialists in diverse fields. Furthermore, on 25th of April 2014 evil forces began with nefarious designs by erecting a variety of barriers in the way of Panjgooriites in acquiring education as several schools and language centers were forced to remain closed and the teachers were castigated, including the director of the Oasis academy, Hussain Baloch, whose car was set on fire and books of Islamiyat were also burned to ashes.

Likewise, all the private schools were closed at gun point and warned the schools administration not to further educate the female students. If they did so, they would themselves stand responsible for any kind of mishap to them.

A new terrorist organization which is denominated as ‘TANZEEM AL ISLAMI FURQAN’ had distributed pamphlets and proclaimed responsibility of closing the educational institutions. They further prohibited the school van drivers to wand up the pick and drop services. All the educational institutions are shut down due to havoc situation of the district.  The teachers, students, political parties, and people from all walks of life are at protest.

On one hand, Sir Zahire Hussain,  an American pass out student, the cry in the wilderness severed Panjgoor untiringly by opening a private school and English language center. While, on the other hand ‘TANZEEM AL ISLAMI FURQAN’ is engaged in a tussle to defame the increasing trends and interest of education by describing it as the western education system in Panjgoor. But their antagonist approach first and last proved futile, when the crowd of Panjgoor marked the history by a rally of thousands against this subversive act of aforementioned group.

“We want education” was the slogan of the really. According to sources of private school association in Panjgoor, the future of those who are enrolled in their schools is at stake due to this conspiracy. Moreover, more than 23 private schools are no more functional in this conundrum scenario of district.

Napoleon Bonapart has aptly remarked that “Give me an educated mother I will give you an education nation”. As mentioned, children are considered the assets of future; they would play their vital role for the progress of nation and the country. Additionally, Islam also highlights the importance of education. By the verses of Quran and the sayings of Holy Prophet (P.B.U.H) we end up realizing that Islam pronounces education a cardinal ingredient of our social, religious and economic life.

Hence, the aforementioned conspiracy doesn’t stand a chance when it is analyzed through the prism of Islamic teachings.

From the aforesaid holy verse of Quran, it can be said with no modicum of doubt that Islam emphasizes on the attainment of education and to realize that we need to be clear with religious knowledge first.