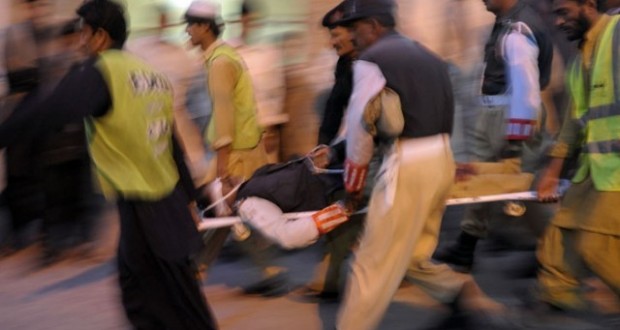 Personnel of Balochistan constabulary (BC) gunned down in Kuchlak

Quetta:  Personnel of Balochistan constabulary (BC) was gunned down in Kuchlak, a precinct of the provincial capital on Sunday.

According to the reports, unknown armed men, ridding on two-wheelers, opened fire on Chaman Highway which left BC personnel Muhammad Ashraf badly injured.

He was shifted to the hospital soon after the incident where he succumbed to his injuries.

The dead body was handed over to the family after the legal formalities.

2014-07-06
admin
Previous: Around 15 districts of Balochistan plunged into darkness overnight
Next: QUETTA: Two Killed in Killi Kamalu at Sariab