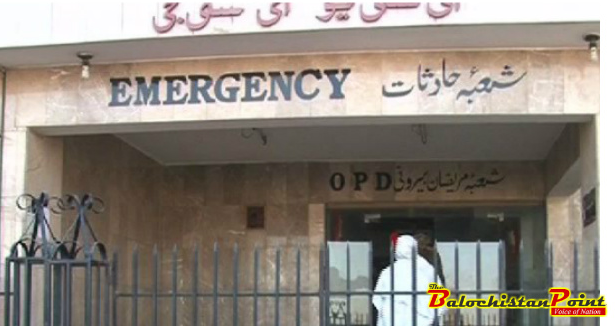 Poor State of Healthcare in Balochistan

On September 5th 2016, a young student from Balochistan’s remote Khuzdar region lost his battle with blood cancer.  Rehan Rind died at Agha Khan Hospital in Karachi, there being no hospital in his home province equipped to treat his cancer.  He was just 21 years old.  Sadly, his case is not uncommon.  People in Balochistan are often forced to travel thousands of kilometers for necessary medical treatment. With his health rapidly deteriorating, Rehan recorded several video messages in an effort to raise funds to cover the expensive treatments he required.   But as his prognosis worsened, the focus of his messages changed: “I may well not survive this cancer,” he said in his final recording. “But please, please don’t stop fundraising. Don’t stop until a cancer hospital is built in Balochistan.”

Rehan was visibly upset about the lack of interest shown by politicians in improving Balochistan’s healthcare. That is why he made a direct appeal to individuals and non-profit organizations. His message went unnoticed by Balochistan’s political elite, who routinely travel to Karachi or Islamabad for medical treatment. Maybe the establishment of a specialized cancer hospital in Balochistan is more than a dream, but surely a good, general hospital is not too much to ask for.  And yet, in a province where children still routinely die from preventable diseases such as measles, polio, malaria and hepatitis, and women often die in childbirth, too weak to survive labour, politicians and rulers have for decades proved themselves incapable of establishing even a single decent new hospital outside Quetta. From malnutrition to maternal and child mortality, Balochistan ranks among the worst places in the world, with rates comparable to those of the poorest countries in Africa.

The entire province, half of Pakistan, has only six major hospitals, all located in Quetta. Neither of them have adequate facilities to treat trauma patients or the seriously ill. A single visit to Provincial Sandeman Hospital, commonly known as Civil Hospital, and Bolan Medical College Teaching Hospital (BMC), is enough to confirm the sorry state of healthcare in Balochistan.  As with so many things in the province, the people suffer while their rulers are asleep on the job. Every year Civil Hospital and BMC each receive one billion rupees in funding.  And yet there is hardly a decent X-ray machine to be found and good hospital beds, well-equipped operating theaters and hygienic conditions remain scarce. People express surprise that here has been no Intensive Care Unit at Quetta Civil Hospital since the birth of Pakistan. Amazingly, after the deadly bombing on August 8th and the unprecedented media coverage of the substandard conditions at the hospital, the government suddenly found the wherewithal to inaugurate, with great fanfare and all manner of prayers and media coverage, the hospital’s first ever ICU.

Referring to the casualties of the August 8th attack, a senior doctor said many of the lawyers who died that day basically bled to death for want of even the most rudimentary facilities to treat the critically injured. In an attempt to appease the grieving families, the Chief Minister pledged payment of ten million rupees to each family, along with assurances that the general level of care at the hospital would be improved. As always, the announcement was both welcomed by the media and hailed by the common people, who have a tendency to grasp onto every crumb of hope offered, despite a long history of betrayals, empty promises and token gestures on the part of the government.

Within a day or two of the deadly bombing at the hospital, the Chief Minister announced the establishment of long awaited Trauma Center, scheduled to open in the first week of September. (It was formally opened earlier this month)

The Judicial Commission tasked to investigate the bombing also highlighted the poor state of healthcare in the provincial capital of Balochistan. After a week of this critical report, doctors were not present at Civil Hospital which underscores the lack of interest of policy makers in Balochistan.

More than ninety percent of Balochistan is rural. In terms of health care access, large swaths of the province remain locked in the dark ages.  In places like Chagai, Mekran, Kharan, Marri-Bugti areas, Qila Abdullah and Zhob, anyone unlucky enough to suffer a bullet wound, severe trauma, or serious illness must travel hundreds of kilometers to Quetta or, in the most critical of cases, Karachi for treatment.  Many succumb to their injuries long before they reach a hospital.

Health Department records indicate that there are 1,376 health care facilities with 3,415 beds. This translates to one bed for every 2,354 persons, far below acceptable levels. And that’s just the beginning of the litany of damning statistics.  For every 2,624 people there is just one doctor, one dental surgeon for every 50,000 people, and one clinical specialist for every 29,000 people.  In addition, there is only one Lady Health Worker (LHW) for every 19,048 people and only 41 percent of the population has any access at all to an LHW.  Furthermore, in an area covering 450 square kilometers there is just one Expanded Programme for Immunization (EPI) Vaccinator, clearly way below the number necessary to reach all residents. Many EPI centers remain closed and a mere 16 percent of the population is fully immunized against preventable diseases.

According to Pakistan Health Demographic Survey (PHDS), when it comes to maternal and infant mortality, the statistics are equally damning.  While the national Maternal Mortality Rate (MMR) rate hovers around 272 per 100,000 live births, in Balochistan that rate is 785 per 100,000 live births. Nationally, the Infant Mortality Rate (IMR) is 74 out of 1000 die while in Balochistan 97 out of 1000 die. And the bad news does not stop there. Antenatal care is another major concern.  While it extends to 73 percent of the expectant mothers nationally, in the province it reaches only 31 percent. Only 18 percent of pregnancy cases are attended by skilled birth attendants while a mere 16 percent of births take place in health facilities. These statistics clearly illustrate the sorry state of healthcare in Balochistan as compared with other provinces.  Health officials boast that since the Pakistan Health Demographic Survey conducted a couple of years ago healthcare conditions in the country have improved.  Yet they have failed to conduct a new survey to back their claims.  The sentiment among the general population is that things are going from bad to worse.  If the government wants to claim otherwise, it needs to come up with concrete and specific data to prove its case.  Such data does not exist.

Health Secretary for Balochistan Noor Ul Haq points out that these issues cannot be resolved on an ad-hoc basis.  The only way to reduce the suffering of the people is through a process of serious long-term planning, followed by implementation of substantive changes.

The negligence and incompetence of the leadership of the province with regard to these very serious issues is causing people to become more cynical with each passing day. Several years ago a senior parliamentarian suffered a heart attack late at night, and was rushed to Civil Hospital in Quetta for treatment.  Not realizing who he was, the hospital staff, rather than giving him preferential treatment, dealt with him as they would any common citizen.  Their attitude changed dramatically, however, when a journalist informed them that their “regular patient” was, in fact, a provincial bigwig. All of a sudden out of blue there appeared a veritable army of medical specialists to treat him. There was not any in the early hours.

My point in recounting this incident is that you never know who is going to find themselves in need of emergency medical care in the middle of the night.  In such cases, for rich and poor alike, the destination is likely to be a state-run hospital.  Leaders need to think rationally about this and realize that compromising healthcare hurts everyone, not just women, children and the man on the street, but also politicians and dignitaries.  Illness and injury can happen to anyone, after all, and death is no respecter of rank.

I do not know whether the campaigners in Balochistan will succeed in raising enough money to establish the cancer hospital that young Rehan Rind dreamed of.  I do know that there needs to be a strong and energetic campaign to force both leaders and medical professionals to respond to the desperate needs of the people they purport to be working for.  I also know that there can be no progress without a willingness to hold corrupt, ineffectual officials accountable for their actions. Courtesy: Balochistan Express

Published in The Balochistan Point on February 4, 2017