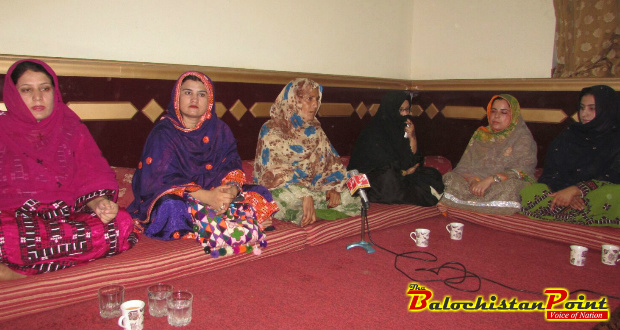 Port has not made any Difference for People of Gwadar: BNP Women Wing

Gwadar – Gwadar port has not made any difference in the lives of common people of Gwadar, said the members of Women wing of Balochistan National Party (BNP).

Organizers of Women wing of BNP, who are on a visit to Makran region, conducted a press conference at the residence of Mir Hammal Kalmati, Member of Provincial Assembly (MPA) from Gwadar, on Monday.

Addressing the issues of Gwadar, women delegation expressed their disappointment and condemned the ruling party for its persistent inefficient efforts for Gwadar. “We were expecting a lot of difference in today’s Gwadar but we can observe that the port has made no difference to the city and its inhabitants,” claimed BNP women wing.

We can observe that port has made no difference for inhabitants of Gwadar – BNP women wing.

“People are still craving for a drop of water, a large number of educated youth is still unemployed, hospitals are left without doctors and schools without teachers, there is an issue of power supply and poor sewerage system but after bestowing Gwadar to China the ruling party has left the issues and the deprived people with no hope,” female members of BNP contended during the press conference.

Expressing their views about the efforts of BNP, they asserted that BNP is the only party in Balochistan Provincial Assembly that believes in the rights of Baloch; right to their coast, their resources and their right to live a peaceful life.

The members assured that they will not let the people of Gwadar be deprived of their rights and as Sardar Akhtar Mengal raised the issues of Gwadar in the first session of the assembly, he along with the MPA Mir Hammal Kalmati of Gwadar will continue raising the same issues until they are resolved.

Published in The Balochistan Point on October 5, 2015