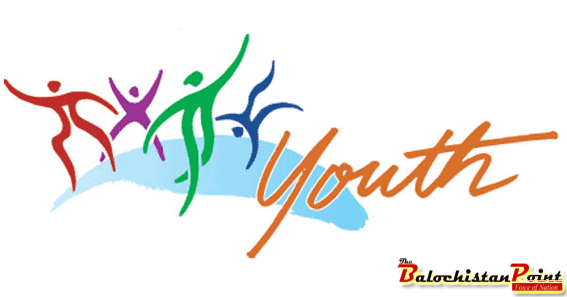 The complexity and interconnectedness of today’s globalized world have rendered development challenges increasingly interlinked and global in nature. Prosperity cannot be sustained without finding integrated and common solutions and without all countries contributing in a spirit of solidarity and shared responsibility. The post-2015 agenda has framed sustainable development as a universal project. On the one hand, it includes issues that are of common concern to all and pose challenges at the national level; on the other hand, it defines objectives to be achieved at the global level. The potential of Pakistan’s youth population is arguably contradictory: on one side, pockets of shinning stars; on the other, a largely untapped resource. But there is growing evidence that young people can be agents of change, when given a chance. As we commemorate International Youth Day, this article explores the implication of putting young people at the forefront of change and development in this era of peak youth.

When we talk about young people in Pakistan we often talk about the vicious circle problems that get linked to youth: unemployment, underdevelopment, political thuggery, ignorance, radicalization and militancy, terrorism – although there are pockets of shinning stars.

We are part of an interconnected world, which is passing a major statistical milestone in human history this International Youth Day 2016. It is the last time in the planet’s history that more people will be under 30 rather than older: right now we are living in the era of ‘peak youth’.

The total number of young people in the world is starting to plateau. Today, we have the largest global youth population in history, and this mass will remain for several decades before beginning to shrink later this century. What does this mean for us here, and for the world?

First, we need to change the way we think about youth. The UN counts those 1.8 billion as youth because they are 15 to 24 years old, but this definition is arguably not universal and is fast changing. The transition to adulthood is being stretched in all countries. In Pakistan, young people are still waiting to take the lead of growth and development, have a decent job, place to live or their own family, and a say in policies that will determine their future. But the power of youth is that they are neither dependent children nor fully independent adults. Young people are a vital group facing huge personal challenges, challenges on which society collectively succeeds or fails. Youth is not an age bracket; it is the passing from dependency to independence. It is a transition full of potential – potential that must be harnessed.

Second, we need to change the way we think about what youth can do. This will happen within the lifetimes of many of us today. World leaders, including our own Prime Minister, Muhammad Nawaz Sharif, have set themselves historic Global Goals to end poverty, inequality and climate change by 2030, so this simple fact has huge ramifications. Without the Youth Power of a generation that is 1.8 billion strong and will make sure those promises are kept, that better world will not be achieved for any generation. We have seen an example of what young people can do to change our country positively.

It is pertinent to know that after the 18th Amendment to the Constitution, youth has been devolved as a provincial subject. Rules of business clearly mark that all the youth related planning and development including formulation of youth policy is a mandate of the relevant province only. In June 2012 Punjab became the leading province to approve and implement first ever provincial youth policy in the country. The then Chief Minister of Punjab launched the policy amidst 10,000 youth in Lahore along with a youth package. It indeed is a historic milestone whereas rest of the provincial youth policies are either lying before respective provincial governments in the form of final draft or are in the process of final approval ever since. They have taken too long to approve the youth policies.The need is to focus on few questions here regarding youth policies. How important is it to have youth policies? What is the relevance of youth policies with youth profile of the country? What should be the implementation mechanism and when? These are appropriate questions in the face of our repeatedly uttered fact that Pakistan is a country with youth bulge. Major segment of the population comprises of youth.