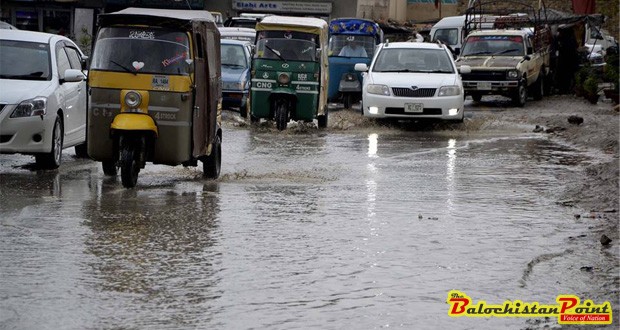 Balochistan is the largest province of Pakistan by area, which covers 44% of Pakistan, despite that it is the least developed province and the lowest in population. Balochistan has been anguishing from various disputes since joining Pakistan. Many citizens of Balochistan lost their precious lives due to lack of interest of governments of Balochistan, and Pakistan and where the corruption, poverty and dishonesty are on the peak in the governmental sectors.

Furthermore, there were snowfalls in these regions Quetta 15.24 cm, Kalat 17.78 cm, and Ziarat 30.48 cm, fall over a 24-hour period. Due to the heavy rainfall & snowfall across the region of Balochistan, the temperatures were below the average and the cold weather started. According to the media reports   it was the coldest winter in the last 24-25 years in Balochistan.

The residents of the regions are complaining that one side it is too cold and on the other side, there are power and energy outages for which local citizens are suffering very badly on these abysmal circumstances. As well, the mobile and internet network services were disconnected and the roads are blocked.

The daily business and working hours are affected due to the after the heavy rainfall and snowfall hit the Balochistan.  Government of Balochistan and the Provisional Disaster Management Authority have warned the residents to avoid travelling due to slippery roads on this time.

The heavy rainfall of Balochistan brought unbearable challenges for the citizens of the neighbour regions of Turbat especially Mand, Tump, Buleda, Zamuran, Dasht and many other places caused flooded, where many houses and surrounding areas walls fell down. Many animals of local citizens were killed, and their date farms and other crops were ruined by flooded water. As well, in Tump a woman lost her precious because of short-circuiting.

Additionally, in Kalat and its surrounding 17.78-inch snowfalls recorded and also 23 mm rainfall and due to rain and snow, the weather got too cold and the also which caused the outage of power and energy where residents of Kalat struggled very badly on this cold weather.

Moreover, in Nushki, it was 50 years of high record-breaking rainfall in the city of Nushki and its surrounding where the cold weather was increased. In fact, the district Headquarter Hospital Nushki wards and rooms were leaking from roofs where patients and hospital staffs were suffering very acutely.

They have not received any assistance from the local and provisional authorities.

Daily Jung reports, in Zohb and Pashin several house rooms roofs fell down for which nine people have died, and more than a dozen were injured. In addition, many people are stuck on their cars on the highways of Quetta, Mach, Karachi, Zohb and many other places.

The daily Intekhab reports that, according to the Irrigation Department Government of Balochistan statement, Meerani dam, which is the largest dam in the district Kech, Turbat, its water level reached to 253 feet and who are releasing 9 feet water.

Additionally, the people of Balochistan are demanding for the prompt relief from the municipal governments, government of Balochistan and Pakistan. As well, they are seeking NGOs, and the international communities help because for some reasons they are hopeless with the performances of all the governments from the past.

Nevertheless, this is not the first time that people of Balochistan are being affected, from the natural disaster. In fact, this is the third flood disaster in District Kech Turbat since 1999 and the second happened in 2007. The affected did not get sufficient relief from the governments from across the board but the NGO’s and international communities helped them out. They are again keeping their eyes on the NGO’s and the international communities to take them out from these terrible circumstances.

Nevertheless, September 2013 earthquake in Mashkay and Awaran is another clear instance where people are suffering from up to date who did not get abundant relief from the so-called governments and many were compelled to migrate to other cities with their own expenses to live a better prosperous life.

Published in The Balochistan Point on January 16, 2020