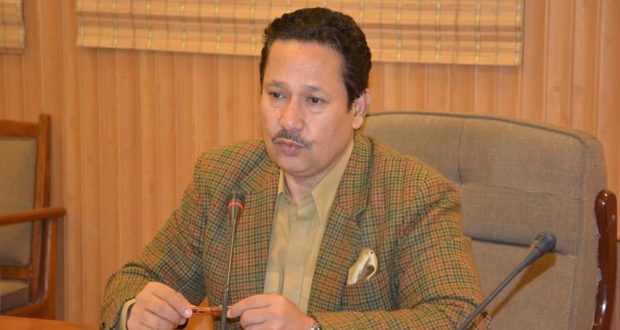 Provincial Govt should formulate a task force to determine the losses of farmers due to locust attack: Sana Baloch

QUETTA:  Leader of Balochistan National Party Mengal (BNP-M), Sana  Baloch has urged the provincial government to formulate a task force to determine the losses of farmers due to locust attack. The authorities concerned should immediately respond to the situation and prepare a comprehensive strategy to combat the locusts attack, he said during an interaction with farmers of Quetta and Awaran at his residence on Wednesday.

Sana Baloch said that The farmers were struggling with limited resources to combat the worst locust plague in the province as the infestation has devastated the fields, ahead of its harvest days, he maintained.

Sana Baloch urged that Govt should also announce a relief package for the affected farmers as half of all crops have been destroyed. “Locust plague rapidly spreading all over Balochistan had affected agricultural farms, grasslands, vegetation equally in the area that had caused a huge loss to the already suffering region.” Sana Baloch added

Agriculture accounts for 30 to 40 percent people’s livelihood in the province but the sector was already struggling for years due to drought and dwindling water supplies.

Published in The Balochistan Point on April 30, 2020