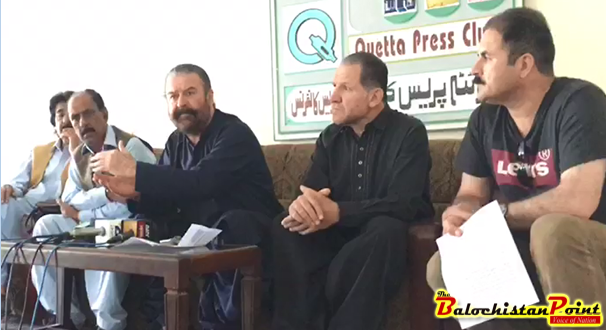 PTV Quetta Has Reached to Worst Situation Due To Non-Technical Staff: Ayub Khoso

QUETTA: Renowned TV artist Mr Ayub Khoso has said that PTV Quetta center has reached to worst situation, due to non-technical staff of center. Mr. Ayub Khoso said this in a press conference held by local artists of Baluchistan at Quetta press club, here on Wednesday.

Mr Ayub Khoso said that the objective behind establishment of PTV in Quetta was to give and pick up the new talent of province on national level, through government owned Pakistan television network.

50 years old actor acknowledged that, many artists from Baluchistan, were performing on national and international level. “Many artists initially started their career from PTV Quetta station, regretfully; the center has failed to perform well, due to non-technical staff of center.” Khoso added.

Eminent actor said: “Number of actors, singers, news castors, and anchors are interlinked to government owned channel, for many decades, in result the administration of PTV is making lame excuses to pay them.”

Meanwhile, Khoso replied to question, Quetta office is running for last eight months, without having MD, which is the failure of federal office of PTV adding that several times they had written complain letters to high authorities.

Mr Ayub Khoso requested to provincial government to take a quick action against those who are responsible for the failure of national TV in Quetta center, similarly, issue cheque of artists, singers, and anchor persons before Eid.

Published in The Balochistan Point on August 26, 2017

2017-08-26
admin
Previous: Corruption in Pakistan and Its Cure
Next: 11 Years of Bughti’s Assasination: Understanding What Balochistan has Undergone