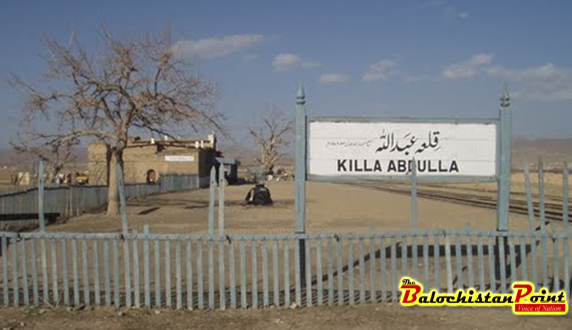 Qilla Abdullah: The Poorest and Most Backward District of Balochistan

A shelter district to millions of Afghan refugees since the Soviet invasion of Afghanistan and a home to about Four hundred thousand inhabitants, has been left far behind the other districts of Pakistan in Development, Education, Healthcare, and most importantly standard of life.

On the map of poverty in Pakistan, the poorest areas are in Balochistan and Qilla Abdullah is the poorest of all. The life of the residents resembles that of stone ages with lots of problems- no gas, no electricity being the major ones. People use firewood for cooking.

A report issued by United Nations Development Program (UNDP) and Government of Pakistan says that out of 32 districts in Balochistan only Quetta has Incidence of Poverty (IOP) of around 50%, while other districts have IOP over 70% and Qilla Abdullah being the lowest has more than 90% of poverty.

In the district shortages of water and recurrent droughts has blocked the transformation of agriculture. The major cause of poverty in the district is the lack of access to productive assets and financial resources. Highly dangerous level of illiteracy, poor health care and extremely narrow access to social services are common in the district.

The relationship between education and economic development is a proven fact in literature. Financing education is essential for the future and betterment of generations. But unfortunately successive governments and the representatives of the district have never given attention to the matter. The irony of the fact is that Balochistan in general and Qilla Abdullah in particular was never allocated with the necessary amount of budget for education and the limited amount assigned was never spent of education in the district.

Pakistan Poverty Alleviation Fund (PPAF) in its development profile of the year 2015 shows that 71% of children of 5-9 years of age group and 58% of children of 10-14 years of age group are out of school in Qilla Abdullah. The Development Statistics of Balochistan 2013-14 (the only available one) shows there are only 35 Government Middle schools and 32 Government High schools in the district. About 40% of the schools have boundary walls, only 12% have latrine availability, 21% have electricity availability, 55% drinking water availability and only 13% of schools have satisfactory building conditions.

Writer is a student at UET and blogs at https://makachakzai.wordpress.com

2016-08-28
admin
Previous: CM Balochistan says, the future of Pakistan and Balochistan is linked with CPEC
Next: 5 days ‘Youth as an Agent Behaviour Change’ Art Festival Concludes