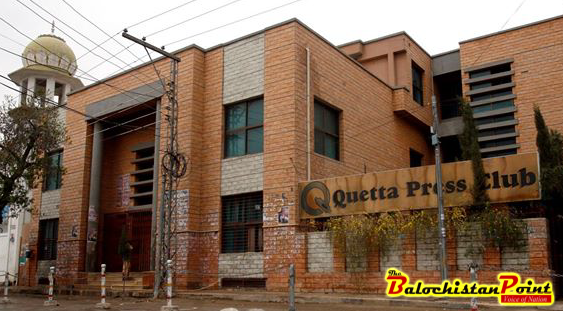 Karachi: The journalists of Balochistan have said that they are passing through very difficult situation, as Quetta Press Club is also at target of terrorists and journalists could also be targeted after attacks on lawyers.

“Journalists at local level are mulling over planning to prevent themselves from any dangerous situation. The journalists in Quetta should not gather themselves at one place so as to avert any untoward dangerous situation,” they said while speaking at a three-day Journalism Skills Workshop, organised by the Pakistan Press Foundation (PPF) in collaboration with the International Media Support and the Denmark Embassy Islamabad at Quetta Press Club.

The workshop was attended by journalists belonging to print and electronic media. Joint Media Action Committee Balochistan Chairman Shahzada Zulfiqar said that journalists in Balochistan should not stand in front of processions and functions besides staying away from stages.

He said: “The journalists should also not to sit together at one place, while code of conduct formed by journalists should be strictly followed. “There is also need to take precautionary measures while reporting for those parties which are at terrorists’ target, he said. He said that journalists and media persons have been killed in each of five major blasts that took place in Quetta; therefore, local journalists need to be very careful.

Senior journalist Saleem Shahid said that journalists should be aware of changes that take place in media time to time. He said the government should also make arrangements for the security of journalists, while media organisations also needed to devise strategy in this regard. “There is also need to strictly follow the code of conduct formed by journalists of Quetta,” he said.

Senior journalist Qazi Asif was the trainer and Shahzada Zulfiqar was co-trainer in the workshop, while Naseem Shaikh performed duty as coordinator. The certificates were also given away to the participants at the end of the event.Courtesy: Daily Times

Published in The Balochistan Point on September 11, 2016