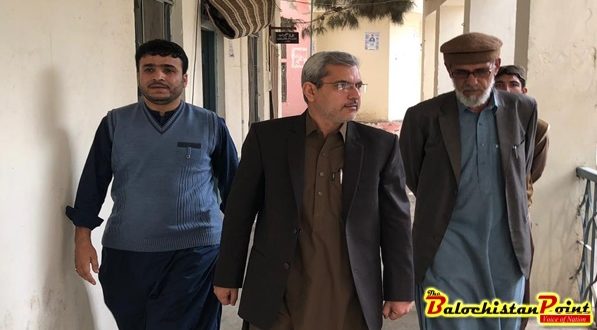 QUETTA: Provincial Secretary for secondary education Mohammad Tayyab Lehri has said that   zero tolerance will be shown to the absent teachers and they will be dealt according to the rules and procedures of the department; if deemed necessary the teachers may be suspended from their services. He expressed these during the surprise visit to different schools in Quetta city here on Thursday

Provincial Secretary for secondary education Mohammad Tayyab Lehri along with Divisional Director Quetta Muteeb Ahmed Afridi and District Officer Education Quetta Ijaz Baloch visited different schools of Quetta. He found many teachers absent at the schools and ordered to issue show cause notices to the absent teachers and other staff members of the schools.

Later on, the secretary for secondary education advised the Director schools, the additional Secretary schools and other concerned authorities to take necessary actions against the absent staff members in the city. “More surprise visits will be paid to different schools of the province and that the absent teachers and the staff members will be dealt strictly,” he added.

Moreover, on the proposals and findings of RTSM and concerned DDOs he ordered to issue show cause notices and explanations to 172 teachers and other staff members of different schools of the city. Meanwhile his visit to government Sandeman High School he appreciated the cooperation and support of Mr. Abdullah Khan, a donor from Quetta city, for setting up a sophisticated science laboratory in the school. He admired his efforts to install multimedia and digital system in the school. Moreover, he offered his unconditional help and support in this regard.

Published in The Balochistan Point on November 22, 2018