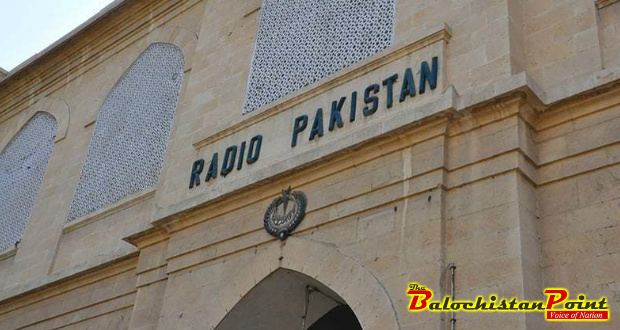 During the 1950s two radio transmitters were installed at a 64-acre land on Sariab Road Quetta. These transmitters used to broadcast transmission of Radio Pakistan Quetta, 18 hours a day, in Brahvi, Balochi and Urdu. This transmission was heard all over Balochistan, Afghanistan, Iran and even Gulf states.

This episode might seem as a routine matter but it has severe implications for Balochistan. Once the site is lost forever then Radio Pakistan’s transmission in local manages will be reduced in duration from 18 hours to just 2 hours. Brahvi is one of the 27 languages in Pakistan that have been declared endangered languages by UNESCO. The decision will further endanger Brahvi and Balochi language, because people as far as Gulf States would be deprived of listening to radio transmission in these languages.

The second problem with the proposed plan is that it’s over-ambitious. The total cost of the project is not yet known but sources believe that it will be worth billions of rupees and funds would be made available over the course of multiple years. Construction work on this project will start but it will remain unfinished due to shortage of funds or change in government. In simple words, the project would eat up the Radio Pakistan transmission but Mega Sports complex will never materialize.

Brahvi is one of the 27 languages in Pakistan declared endangered by UNESCO.

No one can deny the importance of sports complexes in any society. However, efficient usage of resources should also be taken into account. Quetta, in general, and Sariab Road, in particular, has more important needs.  Not to mention the fact that there are smaller grounds located in vicinity of Radio Pakistan land which can be developed for sports activities while saving the transmission at the same time.

Sariab Road is the longest and most underdeveloped road in Quetta. It’s home to one of the biggest population clusters in the city but faces basic problems such as shortage of water, unavailability of road lights, lack of infrastructure, amongst others. Rather than addressing the basic problems of Sariab Road, the National Party government wants to build a mega sports complex. How wise is that decision? No prizes for guessing.

For the sake of petty-politicking, the National Party has come up with a shadowy project called ‘Sariab package.’ This plan, according to unverified claims, comprises of different projects relating to basic issues of Sariab Road. Despite repeated efforts, this writer could not get hold of the Sariab Package official documents to verify the government claims. However, a source privy to the matters claimed that Sariab package is nothing more than an elaborate plan to reward the local leadership of National Party in the form of hefty commissions and kickbacks.

Chief Minister of Balochistan, Dr. Malik Baloch personally requested Prime Minister Nawaz Sharif to hand over the Radio Pakistan land to the provincial government. However, Dr. Malik showed his ignorance when asked by a senior journalist about the damage caused by this decision to Brahvi and Balochi languages. One can deduce that either Dr. Malik Baloch is an ill-informed Chief Minister or he is pretending to be ignorant to absolve himself of the responsibility of damaging the regional languages of Balochistan – because after all he is a so-called nationalist.

Now to the million dollar question: why is the National Party government hell bent on converting Radio Pakistan site into a proposed sports complex? Then answer can be found in a term that is commonly heard whenever a vacant land is under question: land mafia. It’s believed that sports complex is just a pretext to encroach the land in future. This land is located on main Sariab Road which connects Quetta to highways leading to Iran, Sindh and Punjab. Therefore, it’s valued in tens of billions of rupees at the moment. Grabbing this land is the alleged driving factor behind the decision to establish a sports complex.

The list of failures of the National Party led government is very long and the Radio Pakistan land quagmire is another feather in the cap of the so-called party of middle class political workers. The government is contributing in further endangering Brahvi and Balochi languages for the sake of rewarding its second tier leaders. The worst thing about this issue is that almost all opposition political parties are silent on this matter. Perhaps, all of them care less about regional languages and culture and more about minting billions once they get power.

Published in The Balochistan Point on September 14, 2015

Culture 2015-09-14
Editor
Previous: Balochistan: Anti-Polio Drive will Start from 14th September
Next: Promotion of Languages and Literature is Inevitable for Development – CM