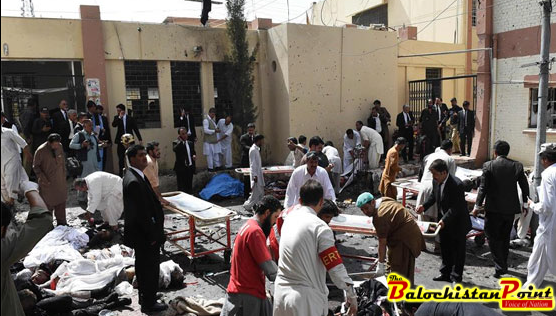 Quetta: The Balochistan government has released a sum of Rs 560 million for families of 56 lawyers who were martyred in civil hospital suicide bombing on August 08.

Provincial Minister for Education and Chairman Shuhada Committee, Abdul Raheem Ziaratwal said that following the instructions of the Chief Minister, the provincial government has released a sum of Rs. 560 million to extend financial cooperation to families of 56 lawyers who were martyred in August 8 suicide attack and  the Deputy Commissioner Quetta had been assigned to distribute money among the heirs of martyr lawyers.

He said that the funds had been released and handed over to DC Quetta Office for further proceedings, adding that each member of families of martyr lawyers would also be provided government job with relaxation of rules.

“A policy is being evolved for education of children of martyr lawyers, as well as  steps are being taken to send lawyers of Quetta to foreign educational institutions for higher education including L.L.M.” He said.

Published in The Balochistan Point on September 9, 2016