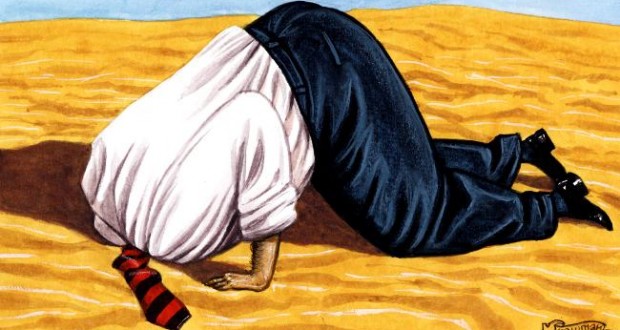 Rule Of Fools In Pakistan

“Avoid the company of fools because from their mouths you will never hear the words of wisdom”. “It is better to weep with the wise rather to laugh with the fool”. A wise enemy is better than a stupid friend. “The mistakes of fools are known to the world, but never revealed to him. The mistakes of the wise man are known to him, but not to the world,” these are the sayings of some wise experts about fools.

It is easy for intelligent and smart to prevent friendship with fools who are living in their neighborhood, studying with them in class or working with them in offices. If someone has a blood relation with a fool, then it gets difficult to abstain from them especially in the culture of joint family system where we live. How can we keep a distance from them as in a situation of living under one roof our success and failure get closely interrelated with them. Foolishness of a son will cause suffering for his father; similarly, a father will suffer if his son is a fool. For instance, Shahrukh Jatoi with his stupidity implicated his father in a terrible trouble when he shot dead Shahzaib Khan. Sikander Jatoi, father of killer, an affluent industrialist spent large sum of money to save his child from the law. A dunce brother will put the other brother in trouble. Take the example of Mughal Emperor Humayun who lost the throne of India not because of his rival, Sher Shah Suri, but by virtue of the follies of his own brother Kamran, who thought that Sher Shah after ousting his brother from the throne would make him sit on the throne. However, conversely he was the next to bear the brunt of Sher Shah’s aggression and he lost the wealthy province of Punjab and fled to Kabul.

Those who have fools in their homes are unlucky, but more unfortunate are those who have fool rulers in their country. Pakistan in its 67 years of history never cherished a wise ruler. The change of government can be termed as change of fools, where one fool was replaced by another. As a result of their follies and unwise strategies, people are suffering from hunger, poverty, illiteracy, bomb blasts, terrorism, ethnic conflicts and sectarian violence.

One of the signs of fool is that they are always in problems and trouble. They can’t live a peaceful and tension free life and most of their problems are their self created. Pakistan since its creation has always been in problems which were created by it. Like a responsible international state it has never adopted the policy of non-interference in the internal affairs of foreign countries. It has always muddled in the matters of other countries, it has always supported dictators in the Middle East, and it has continuously been interfering in the affair of its neighbors which has created many problems like four wars with India, hostility with Afghanistan and Iran. Due to unfriendly eastern and western borders, it decided to nurture, feed and breed jihadists and export it to foreign countries, but now it is facing Jihad in its own territory, it made nuclear weapons for its defense, but now it is facing problems in defending the nuclear weapons from Talibans.

It has not merely created foes in the international world, but it has created enemies inside its territory as well. Owing to stupid policies, it is facing a freedom movement in its largest province Balochistan which covers 44 percent of its land. It has deployed more than 0.2 million army in Balochistan, but still unable to crush the rebellion spanning over 10 years long.

Another symptom of fool is that it he never learns from their mistakes and keeps on repeating their blunders again and again.  The brutal use of force against Bengalis resulted in the chopping off of the country in 1971 which is now Bangladesh. What lesson they learnt from this catastrophic humiliation?  And answer is that nothing, only wise learns from their mistakes, not fools. The atrocities which were committed in Bangladesh are being replicated again in Balochistan. It is said that giving advice to a fool is like giving medicine to a dead body. Fools don’t like the words of wisdom.  They believe everything they do is right. When someone suggests them not to use force in Balochistan, the result of this might be same as that of Bangladesh. They say that Bangladesh’s case was quite different. We had no land routes to Bangladesh, it was surrounded by India from three sides and its population was 20 times bigger than Balochistan.

A major trait of the fools is that they blame others for their failures and never accept the responsibility of their failures. Pakistan after 67 years of independence is unable to stand on its feet and is dependent on foreign donors. Its economy is getting weaker day by day. Security conditions are getting worse. State can’t function even a year if foreign donation halts. Who is responsible for the culture of dependency, economic crisis and deteriorating law and order situation? Instead of accepting their short comings they blame others. Economic crisis is due to America’s war on terrorism. America has given only 25bn dollar as coalition support fund, whereas we have spent more than 80bn dollar.  Due to someone else’s war there are suicide attacks and forces in large number are deployed in different areas to stop it. But, reality is that war on terrorism is confined only to KPK. There are other problems as well.  Who is responsible for sectarian violence, every now and then there is a bomb blasts which take lives of numerous civilians. This sectarianism is not spread by America; but it is a proxy war of two of the beloved Islamic states of Pakistan, One is Iran and other is Saudi Arabia. The economic hub of the country Karachi is burning because of ethnic conflict not due to war on terrorism, but because of militant wings of political parties. Good amount of forces are stationed in Karachi because of the ethnic conflicts and sectarianism, is it America’s duty to pay them?  More than 0.2 million army is deployed in Balochistan to curb the insurgency. This huge deployment of forces has exhausted the treasury. It is not America’s responsibility to pay for deploying troops in Balochistan because this insurgency is not the byproduct of War on terrorism.

It is said about fools that they can be never successful and the main obstacle between fools and their success is their foolishness. Like AIDS, foolishness is incurable. It is bound to spread and have no mechanism to be curbed. Those who think that Pakistan one day will be a successful state, live in the paradise of fools. To be a successful state, establishment has to change its mindset; country cannot become a prosperous and peaceful state with this attitude. The ongoing drama of Imran khan and Tahir-ul-Qadiri and the response of Nawaz government in handling this issue again symbolize that Pakistan is being ruled by fools. Both the leaders Khan and Qadri are talking of a revolution. But sense will prevail only by bringing revolution into the mindset. That is the area where revolution is needed hardly.

Author is an assistant editor of Daily Intekhab and blogs at Jeeyand.blogspot.com