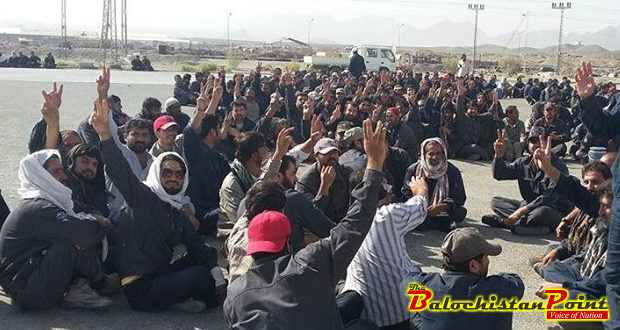 Chagai – Employees of Saindak copper-gold project have protested against poor treatment meted out to them by administration of the project, on Saturday.

Main reasons for protests of employees are the poor food being provided to them and the unhygienic water that they drink while working for the project.

Protesting employees told The Balochistan Point that they are provided with unhygienic food which creates different health related problems and stomach ulcers.

“We have been raising this issue before administration of the project for last two months but no action has been taken,” a protesting employee told The Balochistan Point on condition of anonymity.

Employees complained that mess contractor receives Rs. 10,000, per employee per month, but still provides inferior quality food to the employees.

Government officials of Chagai district have also not listened to the complaints, as per claims of the employees.

Drinking water supplied to employees at the Saindak project has been found to by injurious for health but still employees are provided same unhealthy water to drink.

“If problems of inferior quality food and drinking water are not resolved then we will protest indefinitely against Saindak Project administration,” an employee told The Balochistan Point.

Administration of Saindak copper-gold project was not available for comment when contacted by The Balochistan Point.

Published in The Balochistan Point on August 9, 2015