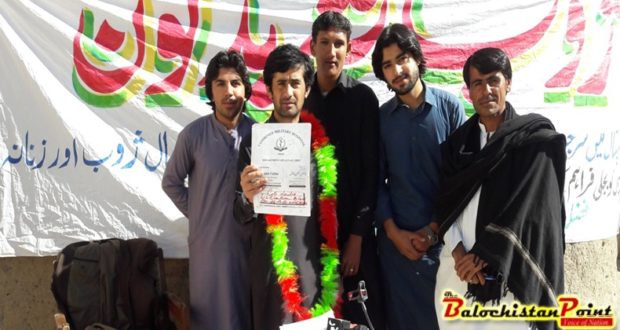 Salaar demands gynecologist, round the clock electricity for DHQ hospital

ZHOB: Amid chilly weather and under open sky, a social worker Fazal Salaar (visible service) supported by civil society has set up a protest camp in front of press club for the acceptance of his demands. Although the administration left no stone unturned to remove the camp but failed. People from all walks of life have thronged the camp to express their solidarity.

Talking to journalists, Fazal Salaar said that he was committed to continue his protest until the acceptance of demands.

“If the demands are not met in coming two days, a hunger strike will be started”, he vowed.

“The district headquarters female hospital is running without gynecologist, resulting in the death of mothers and infants,” adding the issue of the gynecologist at the hospital could not be addressed despite the hue and cry of the area people.

He said normal delivery cases are handled at the female hospital’s maternity center while C-section cases are being carried out at the male hospital by a male surgeon.

“Due to non-availability of gynecologist and female surgeon, women patients are facing immense problems and they are compelled to go to Combined Military Hospital,’’ he lamented.

He demanded of the authorities to take immediate action against absent lady doctors in order to save the lives of women patients. He also demanded to ensure round the clock electricity at the hospital.

“Another problem we are facing is power shutdown in the city. The arrival of winter is marked with massive power outages,’’ he said.

“The prolonged power disconnection and low voltage have multiplied the miseries of people manifold,” adding the horrific load-shedding has also crippled the commercial activities in the city. The social worker added.

Published in The Balochistan Point on November 1, 2018