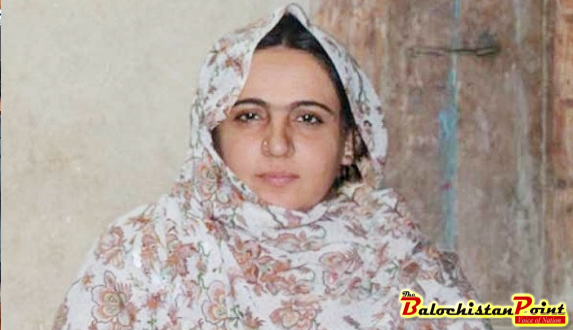 ISLAMABAD: The combined opposition along with Pakhtunkhwa Milli Awami Party (PkMAP) senators – an ally of ruling PML-N – staged a walkout from the Senate in protest against the disappearance of wife and children of a Baloch insurgent Dr Allah Nazar from Balochistan.

Senator Farhatullah Babar – a strong voice against enforced disappearance in the country – along with three PkMAP Senators Usman Kakar, Gul Bashra and Azam Musakhel, and a National Party Senator Jahanzeb Jamaldini drew government’s attention towards the issue of disappearance of the woman and her three children.
However, Talal accepted that the women along with her children were arrested by the government after they illegally tried to cross border. He said that the police are investigating the matter, and he would appraise the house by today (Thursday) as what could be done for their early release. He said that his party government has zero tolerance for the enforced disappearance, as numerous cases which were brought in the notice of the government, have been forwarded to the Commissions on Enforced Disappearance headed by former Justice Javed Iqbal. He said that the Commission has resolved numerous cases besides registering FIRs, which shows the commitment of the government that no one will be allowed to forcibly pick up the people without giving them the right to plead their cases.

Rabbani said that the government accepted that the woman and her children were alive. He directed the minister to brief the house about the issue after getting updates from the provincial government of Balochistan.

Speaking on the calling attention notice, Senator Babar categorically said that the country which is set to participate in a UN review conference in Geneva next week will have a hard time explaining mysterious disappearances of citizens at the hands of mysterious elements with alarming impunity. He said that activists opposing state narrative faced three threats – mysterious disappearance or charged under the Pakistan Electronic Crimes Act (PECA) for endangering integrity of the federation or beaten black and blue in broad daylight by invisible people. He said that the latest disappearance of the family of Baloch dissident, the prosecution under PECA of a journalist in Quetta for posting comments viewed as critical of a security agency and the beating of a journalist in Islamabad last week by invisible people demonstrated this dangerous trend in stifling dissent.

He said from 2012 when Pakistan’s human rights record was last reviewed, the situation has further deteriorated, adding in September last year, Senate human rights committee meeting in Karachi made some recommendations about addressing the issue of missing persons in the province. “When the committee again visited the city last month, it was shocked to find that scores of more people had been disappeared in what was clearly a rebuff to the Senate committee,” he said. He regretted that not a single person involved in the crime had been charged or investigated. The unanimous recommendations of the Senate over a year ago remain unimplemented, he said, adding this is the curtain raiser of news reports on the eve of UN review of Pakistan’s human rights record but the state is oblivious of it or just does not care.

Senator Colonel Tahir Mashhadi (retd) of MQM-P who took the lead in staging the walkout along with Usman Kakarof PkMAP demanded immediate release of the woman and her children. Courtesy: Business Recorder.

Published in The Balochistan Point on November 2, 2017

2017-11-02
admin
Previous: Letter: Deforestation
Next: 30000 Tube Wells In Balochistan To Be Converted To Solar Power