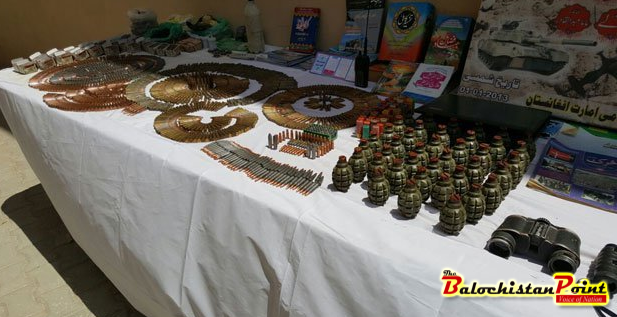 The Pakistan’s Balochistan government claimed on Saturday to have nabbed seven al Qaeda members, including a commander, from Nushki.

According to a statement, the men were arrested during a raid carried out by intelligence agencies.

A huge cache of arms and ammunition, hate literature, laptops, wireless communication devices and currency were also seized from them.

During the interrogation, the busted commander confessed to having been trained in Afghanistan after joining al Qaeda in 2012-13.

He said he travelled to Syria as well to participate in militant activities and later returned to Pakistan where he worked for al Qaeda and the so-called Islamic State.

The commander admitted he indoctrinated the young and subsequently sent them to Afghanistan to have them trained in handling weapons among other activities.

Security personnel are further interrogating the militants in a bid to extract information about other al Qaeda members operating in the area.

Published in The Balochistan Point on August 28, 2016