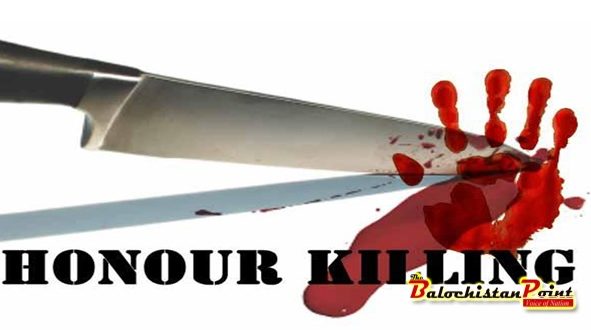 The horrendous acts of Honour killing

Honour killing is considered a crime almost occurring in developing and undeveloped countries. In last few years Pakistan has brought much improvement but failed to resolve some deadly crimes, and honour killing is one of them. It is, mainly, being practiced in rural areas of Pakistan. Earlier this month around 5 women have been the victim of honour killing by their family members. It is a crime that is done by girl’s father, mother, brother, husband and other family members. The condition is being deteriorated on daily basis. Even the family members never feel mercy on their loved ones.

These cases have been highlighted through media to stop them. But the murder of social media celebrity Qandeel Baloch has shed fresh light on the vile epidemic of honour killings in our country. It is estimated that last year nearly 985 honour killing cases were reported; at least three women were killed each day. However, umpteenth cases are missing to be registered. Some cases are taking place in small villages, so people fear to register these cases, and police never bother themselves to visit the villages that whether the conditions are good or not. Even they are not aware that what is going on in the villages.

A question is rising that why do people commit murder in the name of honour? After the crime, mostly the people take the name of Islam, but no such thing is permitted either by the Holy Quran or any Hadith. Even the well-known Islamic scholars have called honour killing a huge crime.

It is not hard for the concern authorities to deal with honour killing but in our country the perpetrators remain unpunished and cases are increasing day by day. It means that women are not protected in Pakistan. It has made Pakistan a dangerous country for females in worldwide.

The most important source for women is education as once they get awareness they might change themselves. They should be taught culture, society and media course to empower them in their own societies.

Undoubtedly, media is playing an essential role for raising awareness among people about the harmful effect of honour killing. Though media is rising this issue, without the government attention these are just waste. The state has never taken any step to prevent honour killing to provide justice to women. By doing nothing the criminals are saved who commit these unbearable crimes.

Women are continuously being murdered in the name of honour, yet the state is silent; it does not seem to protect the women. These cases are occurring on daily basis, it means government is failed to protect the lives of one thousand of women each year. Pakistan is at third place in the list of most dangerous country for women where women do not feel safety.

Apart from honour killing the other cases of violence against women include rape, kidnapping, acid throwing and sexual abuse which are growing on daily basis. It has really become dangerous for women to protect themselves to survive. Police department been failed to eradicate this heinous crime and has been failed to investigate and arrest the criminals. It is estimated that 90 percent of the cases are not being investigated, due to which women are being killed in the name of honour.

It is the responsibility of government to ensure security of women. The state should introduce laws and punish these people who do such crimes. The criminals should be penalized. Through this women will be protected, and will feel freedom in our country.

Published in The Balochistan Point on October 21, 2016