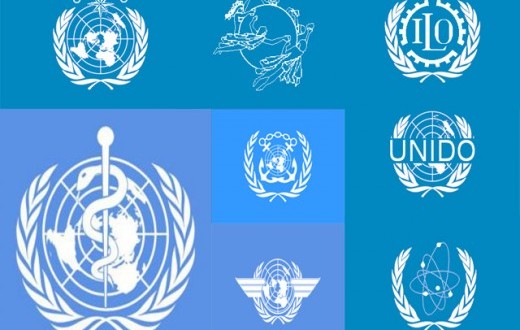 The World Organizations and Protection of Human Rights

The modern world and its approaches differ from the past in more ways than one. To elaborate, it has an international governance structure, emanating from international law and unanimously agreed upon by all the civilized nations; it has international institutions, international monetary system, international trade regulatory system and above all international justice providing bodies and human rights watch-dogs with an explicit Universal Declaration of Human Rights (UDHR).

In fact, the mention of all the above institutions and the systems gives a sense that the human rights are protected in the modern world than ever before. Undoubtedly, they are protected to a greater extent as compared to the past where the perpetrators of genocide and massacre would go unpunished. Interestingly, today the trial of many heads of the states corroborates the fact that yes a deterrence in one way or the other is created and before trampling down the human rights the tyrants have to contemplate many times.

Nevertheless, despite existence of such an international system, a globalised world with vigilant media and press, the oppressed still remains all the more oppressed.  While the violence in the name of religion sweeps one part of the world, the quest for territorial independence leaves the world blood soaked in the other parts. The recent Ukraine crisis in European continent and the insurgencies in Dontesk and Luhanks regions, the 50 days war in Gaza and massacre of more than two thousand men, women and children in Gaza strip, the Syrian bloodiest crisis, stretching on more than three years and claiming more than one hundred thousand lives, the emergence of Islamic State and its onslaught in the Syrian and Iraqi regions and recent fierce battles with Kurdish Peshmerga forces question the success of the international organizations, their success in giving world a peaceful international governance structure and their effectiveness in maintaining a pluralistic peaceful world where the ideal of coexistence is materialized for all the human beings.

In fact, it goes without saying that the maintaining world peace and order is the primary responsibility of United Nations Organization (UNO) and unlike its predecessor, the League of Nations, it is a much more effective body. Nonetheless, certain limitations on the part of the world body have hampered its effectiveness to bestow the succeeding generations with tranquility and peace. To mention a few, the Security Council (SC), which in narrow terms is the executive body of UNO, is infested with the limitation of veto power, thus narrowing its scope for taking any democratic decisions. The veto powers have always been observed to veto the bills that are in conflict with their interests. The United States of America has used veto more than 39 on resolutions critical of Israel and its actions and this well substantiate the point. Such a partial attitude, unquestionably, hampers SC to take any democratic decisions to safeguard the oppressed and their right to live. Secondly, the UN charter also bestows the right to take action to individual and collective states in self-defense under article 51 of the UN charter. This article limits the jurisdiction of the SC and gives free hand to the powerful states to take action against any opponent state on the pretext of self-defense. The US drone attacks in various parts of Muslim world can be seen through this prism. The article 52 and 54 also allow SC to form collective security alliances to defeat regional belligerent states. This further emboldens the powerful states to manipulate the international body wherever they want. Surprisingly, the most glaring violation of human rights is noted in today’s world by the states themselves. The issues of targeted killings of their own citizens by the states, the enforced disappearances, extra-judicial killings and use of state machinery against unarmed protestors are few cases in point. But, Security Council is totally silent over these issues as UN charter excludes its jurisdiction under article 2 (7) to meddle with the domestic matters and thereby limiting its scope to only inter-state matters.

Similarly, the International Court of Justice (ICJ), the Judicial body of the UNO, can only and only take up cases with the consent of two international persons (states) and it is devoid of taking cases of individuals and groups. Hence, the very modern spirit of international law, which says that international law deals with the states, institutions and individuals, is violated. This exemption further emboldens the states to become all the more ruthless over the marginalized and oppressed groups within their respective territories.

If the protection of human rights is really desired by the sane minds around the world, they will necessarily have to augment the scope of international bodies. The Security Council needs to be further democratized to be empowered to take action on matters of human rights’ violation even within the territorial jurisdiction of any state. The scope of International Court of Justice also needs to be enhanced so as to provide it with a much bigger role in a more hostile world to protect the human rights. It has to be made effective to even take up individual and group cases and hold the states responsible for violation of human rights within their territorial jurisdiction.

Similarly, the International Labour Organization (ILO) has to be further strengthened to protect the rights of the labour around the world and to safeguard them from the economic oppression, forced labour, and manipulation.

Unless the world institutions are made more democratic, people friendly and accessible to individuals and groups, the human rights violations would continue to take place around the world and the people would continue to languish in poverty, ignorance, diseases and other malaises despite huge efforts of the other specialized agencies of United Nations to improve human life.

Published in The Balochistan Point on November 22, 2014