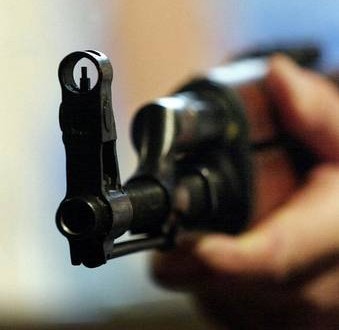 Three gunned down in Balochistan

Quetta: At least three people were killed in different incidents across the province on Wednesday.

The assailants escaped after the attack. Police reached the site soon after the incident and shifted the body to the District Headquarters Hospital. The body was handed over to the heirs after medico-legal formalities.

Separately, a girl was gunned down in Kuchlak. Police said that a boy gunned down Shafia Bib and fled. Police took the body into its custody and began a search for the absconder.

Meanwhile, police recovered a body from the Satellite Town of Quetta.
According to details, the police on a tip-off recovered the body of a man whose identity could not be ascertained. The dead body was shifted to a hospital.

Published in The Balochistan Point on July 4,2013.

2013-07-04
admin
Previous: Shutter-down strike in Balochistan
Next: EDITORIAL : Not just a ‘test case’