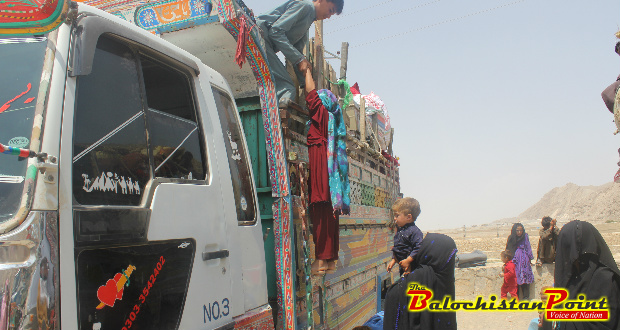 Quetta – The UN refugee agency has facilitated the return of over 50,000 registered Afghan refugees from Pakistan so far this year under the agency’s largest and longest running voluntary repatriation programme.

As part of its facilitated group return (FGR) initiative, UNHCR on Wednesday assisted a group of 302 registered Afghan refugees return to Herat from its voluntary repatriation centre in Baleli, Quetta, bringing the total number of refugees returned through Voluntary Repatriation Center (VRC), Balochistan to 9000, so far, this year, which makes 18 per center of the total returns from Pakistan.

In Quetta, Dinesh Lal Shrestha, Head of UNHCR, Balochistan, while bidding farewell to the members of the facilitated group return said, “voluntary repatriation is a cornerstone of the Solution Strategy for Afghan Refugees (SSAR).” Mr. Shrestha hoped that with the formation of the National Unity Government and gradual political stability and better livelihood prospects in some parts of Afghanistan more refugees might opt to voluntarily repatriate to Afghanistan.

Forty-five-years old elder of the returning group to Herat, Ghulam Sakhi said, he and his group mutually agreed to go back to Afghanistan and to take part in the rebuilding of their country. He said he believed there would be sufficient job opportunities upon return.

Like the majority, who have opted to return to Afghanistan, Sakhi too is optimistic about the future of Afghanistan. “I and my family chose to return because the law and order situation and livelihood opportunities have considerably improved in my area [Heart]” He said. Sakhi along with his extended community had been living in Loralai, Balochistan for the last 25 years.

On 21 August during the 26th meeting of the Tripartite commission in Kabul, the governments of Afghanistan, Pakistan and UNHCR once again reiterated their commitment to the voluntary repatriation of Afghan refugees, in safety and with dignity, based on considerations regarding the absorption capacity of Afghanistan. The parties agreed that voluntary repatriation continued to be the preferred durable solution for Afghan refugees in Pakistan.

Indrika Ratwatte UNHCR’s Representative in Pakistan commended the continuous generosity of Pakistan for extending support to the millions of Afghan refugees in the country and highlighted the need for repatriation to be voluntary, in safety and dignity to ensure sustainable reintegration.

Published in The Balochistan Point on August 26, 2015