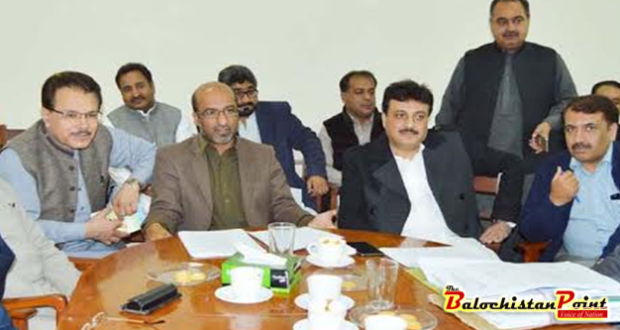 Quetta: Secretary Health Noor Ul Haq Baloch has said that utilization of automation system is the contemporarily need of the time. He said this on Saturday while chairing an orientation meeting organised by Health management Information System (HMIS) Balochistan to Automize the manual working of data entries in Bolan Medical Complex Hospital, Civil Hospital and Shaikh Zayad Hospital Quetta on trial basis for a period of three years by an individual firm which will later on stages train the available work force to run the dashboard online computerized system.

HDK-Ultra soft system officials said, “This new sophisticated system is same that has been successfully installed and is under operational stages at National Medical Center Karachi, under this system it will generate and maintain computerized records of Patients, overall Hospital management Information, Doctors’ details, Dosage of medicines and its prescriptions, availability of drugs and overall pharmacy Management, cost analysis, emergency schedules.”

They said that the system would be construed with other available resources by the head of departments with deliberate consultations; this system would be single data base and would cover all service deliverables, available in the said hospitals.

This overall mechanism was appreciated by the concerned Medical supredients and all head of departments, and appraised the pragmatic efforts of Secretary Health Noor Ul Haq Baloch; they also raised observations about the dearth of work force but Secretary Health assured that it be tackled on later stages.

Meanwhile Secretary Health Chaired a meeting about framing the act of new Medical University in Balochistan. On the occasion PMDC head Dr Shabir Lehri all departmental heads, Additional secretary Health Abdul Rauf Baloch along with concerned officers were present. The members approved a medical university draft bill that would be presented for approval in the Assembly and cabinet thereto.

Published in The Balochistan Point on February 11, 2017