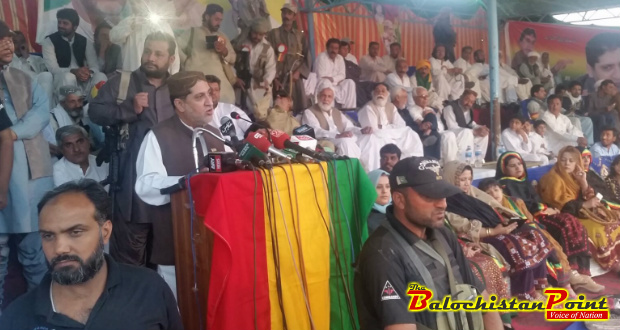 Akhtar Mengal made these comments while addressing a political gathering of BNP in Shahwani Stadium Sariab road, on Sunday evening.

BNP chief started his speech by claiming that Pervez Musharraf could not destroy BNP and those who use fake votes of Afghan Refugees certainly can’t destroy BNP. 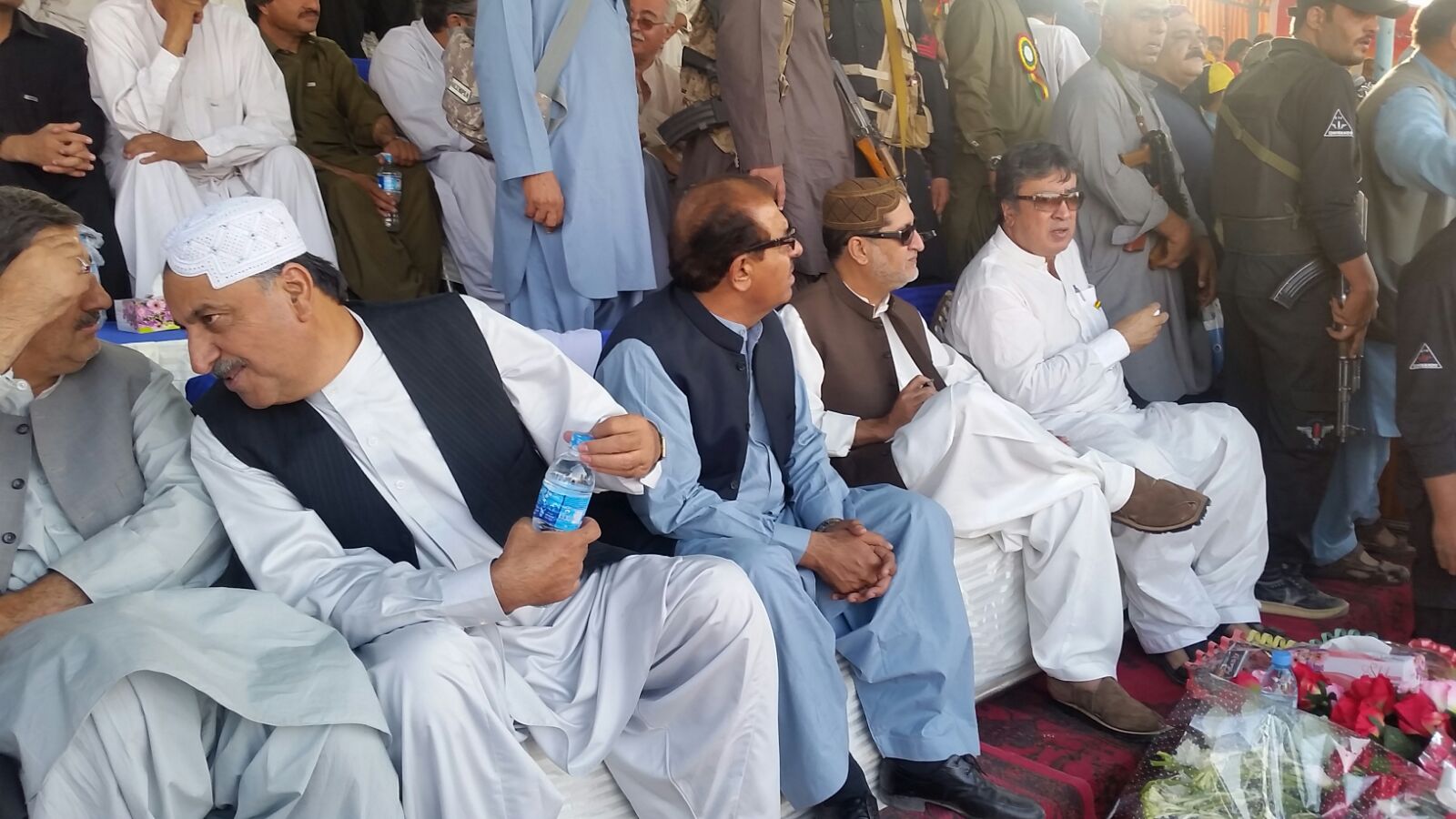 Chief Guests of the meeting

We will never be a part of a government that does not have power – Akhtar Mengal.

Making a policy statement, Sardar Akhtar Mengal said, we will never be a part of a government that does not have power to make all decisions about Balochistan.

Gwadar issue was main part of the speech of Akhtar Mengal. He claimed that today Gwadar is developing but not the people of Gwadar.

$46 billion are being invested on CPEC but people of Gwadar still don’t have clean drinking water – Akhtar Mengal.

He complained that Balochistan in general and Gwadar in particular are being used for prosperity of Islamabad only.

Expressing his concerns, BNP chief said that in future name of Gwadar could be changed if local population is converted into a minority.

“Today, Afghanistan is more peaceful than Balochistan and therefore our Afghan guests [Refugees] should go back home,” said Akhtar Mengal.

Addressing the burning issue of census, he warned, “BNP will not allow census in presence of Afghan refugees in Balochistan.”

BNP will not allow census in presence of Afghan refugees in Balochistan – Akhtar Mengal.

Mr. Mengal urged youth to leave politics to people like him and concentrate on their studies for the time being. 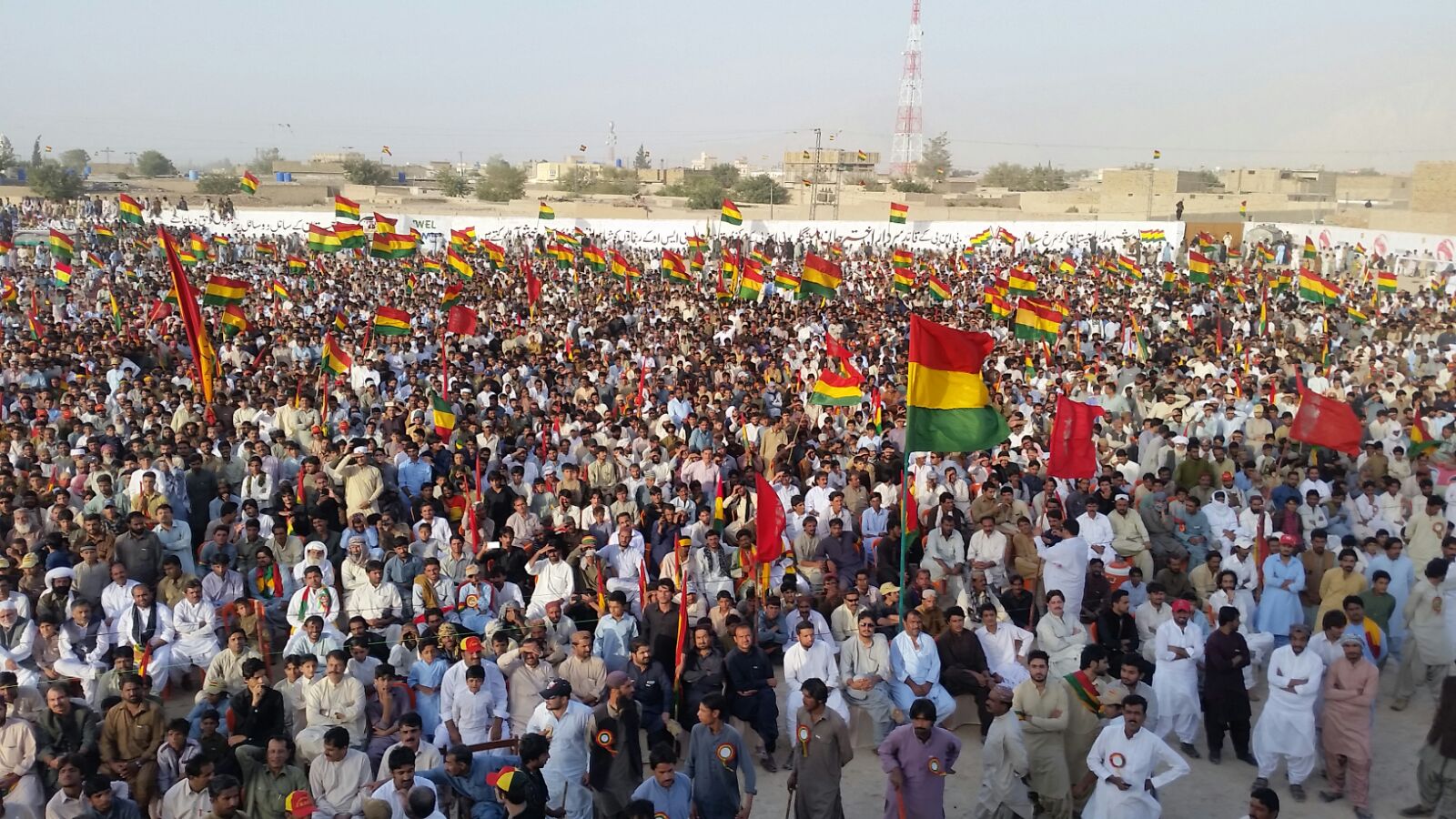 A scene of the gathering

Akhtar Mengal, during his speech, also criticized media for blacking out BNP from mainstream media.

During the political gathering, Akhtar Mengal also administered oath from the cabinet members of Quetta chapter.

“People of Balochistan can’t get two meals a day and government claims that Balochistan is developing,” said Senator Dr. Jehanzeb Jamaldini while addressing the gathering.

Senator Jamaldini, who is also deputy organizer of BNP, further added, “Pakistan can only be prosperous when Balochistan is prosperous.”

Resolutions demanded from government to solve the Balochistan problem through political means rather than use of force.

Thousands of BNP workers from Quetta and nearby districts attended the political gathering.

Outdoor Political gatherings, in recent past, had reduced in frequency in Quetta due to security threats.