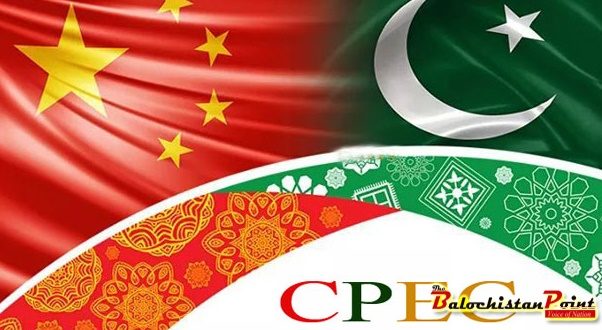 China Pakistan Economic Corridor (CPEC) is a Chinese mega project which initially worth $ 46 billion. The value of CPEC is now worth $ 54 billion invested at Gawadar sea port through a network of 3000 km, also known as North South Economic Corridor based on one belt one route initiative. Balochistan being the most conflicted and resourceful territory of the world is under limelight due to CPEC. China Pakistan Economic Corridor is not a game changer for two friendly countries, but it has a great impact on global economy. According to experts through CPEC rate of poverty, unemployment and energy crisis decrease by a great margin of Islamabad.

In the initial $ 28.6 billion strategies Punjab has a lion share of $ 13 billion, Sindh $ 4.6 billion, Kyber Phakthoonkawa (KPK) $ 1.6 billion, Gilgit Balistan $ 900 million and Balochistan $ 600 million. Balochistan being the highest national contributor has the least early projects and Punjab regardless of being the least contributor but still owns the preponderance of share.

Initially, there are 13 energy projects, out of them Panjab and Sindh each has 6, while Kyber Pakhtoonkawa (KPK) has one. Balochistan being the most deprived, underdeveloped, underrated with 80% poverty, poor health and education policies has no early projects. Gawadar being on the eye of Beijing  due to deep availability of water in sea and one of the easiest route of business, but the natives are suffering from scarcity of clean and drinkable water.

There are many suspicions against CPEC that it is designed to benefit Punjab and conversion of Baloch nation into minority on its own region.

The reason why Beijing is interested in Gawadar maritime, because China trades oil  to boost her economy through strait of Malacca, which is 10000 miles long and full of threats due to dispute with Japan, Korea, Philippines, and Vietnam. On the other hand, if China trades from the sea route of Arabian Sea to Europe and other parts of globe, which is shorter in length- approximately 2500-3500 miles and less venturesome. China presence in the Baloch Sea will have an eye on the activities of India in the Indian Ocean and other world powers Russia and The United States of America.

There are two committees for CPEC, Senate committee and Parliamentary panel, but none of them has chairman from Balochistan. Islamabad has to pay $ 90 billion to Beijing in a period of 30 years. After 2020 Islamabad has to remunerate $ 3-4 billion annually.

In the recent Joint Committee meeting China has claimed that 91%  of the  generated revenue from Gwadaer should go to Beijing for 40 years and only 9% to Islamabad, so what about Balochistan? Will it get some percent or not? Now the question arises is China Pakistan Economic Corridor is a game changer or economic genocide for Balochistan.

Writer is a student of MSC Chemistry from GC University Lahore.

Disclaimer: The views expressed in this  piece of  are of the writer and The Balochistan Point does not necessarily agree with them.