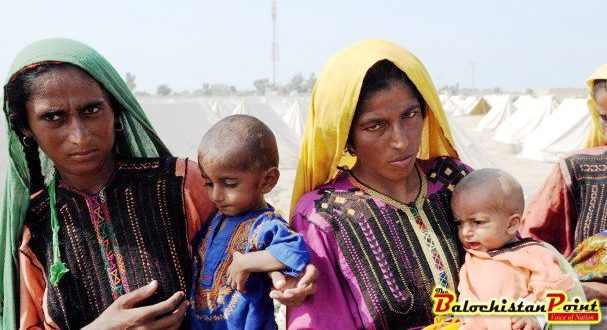 The world would have lost its beauty if the women were not created by Almighty, because a woman is called the first social institution for a child, a family and a nation. But it is with no surprise that in every walk of life, women are being treated as if they are not part of this universe and they are suffering from loathsome condition. In Pakistan, mostly women are snubbed and they pass a depressed life falling victim to mental depression.

Recently, a report highlighted that in Pakistan 44 out of 1,000 teenage girls bear children and 35 percent of the total population of Pakistan is between the ages of 10 to 24, of which 2 million are 10 year-old girls. And most of the girls age 11 and 17 are forced to marry. After their marriage they leave school and face much more problems in initiating a new life with a new partner.

If we talk about the world where over half of the girls, age 6 to 10, live in 48 countries with the worst gender inequality including Pakistan where women suffer from injustice but unfortunately our laws seem silent.

In Balochistan, mostly female students, quit their education after passing matriculation because of many reasons. In Balochistan where there are no facilities available for the females to study and pass a brilliant life. Baloch females only seem sitting at home and doing domestic work. The few families send their women to big cities for gaining quality education. In Balochistan there are plenty of girls who are eager to study, unfortunately, they belong to poor families and cannot afford going to cities for studying.

The women are in chains everywhere now-a-days. They face many problems while in Balochistan there is also a great number of female who have done their graduation. They are unlikely to get jobs and suffer from the worries of joblessness. Apart from this, women are not only born to give birth to children, they have right to live as we do.

On the other hand, 16 million girls, age 6 to 11, are unable to start schooling while 47,700 girls are married before the age of 18 every year. Among them plenty of girls lose their precious lives during delivery. Women must get their rights to live and if they are educated, they can also take part in the betterment of our country.

Published in The Balochistan Point on June 15, 2017