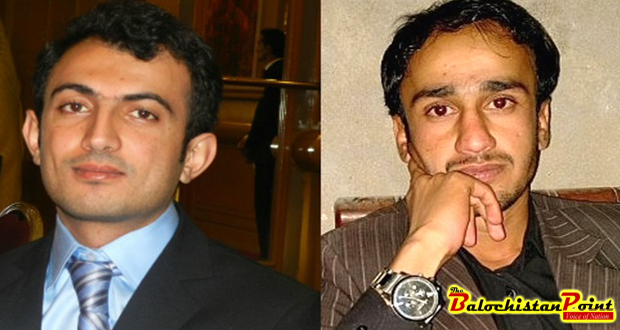 Quetta: Young journalists from Balochistan Muhammad Akbar Notezai and Adnan Aamir received Pakistan’s most credible journalistic award for their work at the AGAHI AWARDS 2016, on Saturday.

AGAHI Awards is the recognition of journalists who have shown personal integrity and professional excellence. In more than 40 categories Muhammad Akbar Notezai received award in the category of Foreign Policy, while Adnan Aamir was awarded in the categories of Business & Economy.

accountability to safeguard public interest. Quality journalism heightens collective consciousness of a society that builds a nation’s identity and purpose.

The ceremony was hosted by senior journalists, Mubashir Zaidi and Amber Shamsi. Puruesh Chaudhary, President AGAHI and the co-founder of the AGAHI Awards while speaking to the participants said, “We can improve our way of thinking if we work together, the media can play an incredible role in helping the decision-makers identify people-centric challenges and opportunities thereby enabling them to opt for the right choices. AGAHI Awards is a step in that direction.”

Speaking at the awards ceremony, Australian High Commissioner to Pakistan, Margaret Adamson said the Australian Government was supporting the special

category to encourage journalists to raise community awareness of such a critical issue through better informed reporting. “Australia’s aid program is supporting a range of programs underway to improve nutrition and food security in Pakistan. I am confident this initiative will help build the capacity of journalists to effectively report on this issue and in turn inform the high priority by policy makers and legislators to implementing cross cutting measures, with supporting funding, to eliminate the urgent issue of malnutrition and hidden hunger in Pakistan,” Ms. Adamson said.

Amir Jahangir, CEO Mishal Pakistan and co-founder, AGAH Awards, in his welcome address said, “For the first time in the history of journalism, the content and the knowledge creator is taking the lead. In this new ecosystem, the guardians of the infrastructure are becoming irrelevant. It’s the journalist, who is taking the center stage now”. He further said, “Journalists are the drivers of public discourse, shaping policies, their stories are becoming a vital link between the citizens and the state”.

Published in The Balochistan Point on December 11, 2016