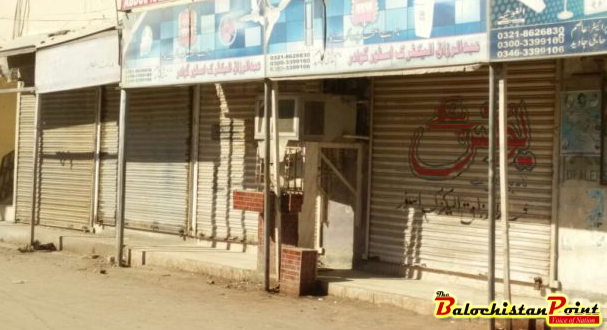 Gwadar shut down to protest water crisis as PM arrives

By: Balaach Qadir and Suleman Hashim

GWADAR: As the Prime Minister Shahid Khaqan Abbasi was visiting Gwadar today to inaugurate the newly constructed Marine Drive road, the Gwadaris were observing a complete shutter down strike against the persisting water crisis in the port city.

All the markets including the main bazaar were closed while people were staging a protest outside the Javed Complex in Gwadar. Due to the sit-in, the Syed Hashmi Avenue leading to the Airport has been blocked causing a traffic jam.

The city has been facing severe water crisis as the main source of water, Ankara Dam has gone completely dry due to lack of rain.

As a temporary solution, the Balochistan govt. had arranged the water supply from the Mirani dam, located in district Turbat, for the residents of Gwadar.

The tanker owners went on strike against the non-payment of their dues by the govt and stopped water supply 15 days ago. 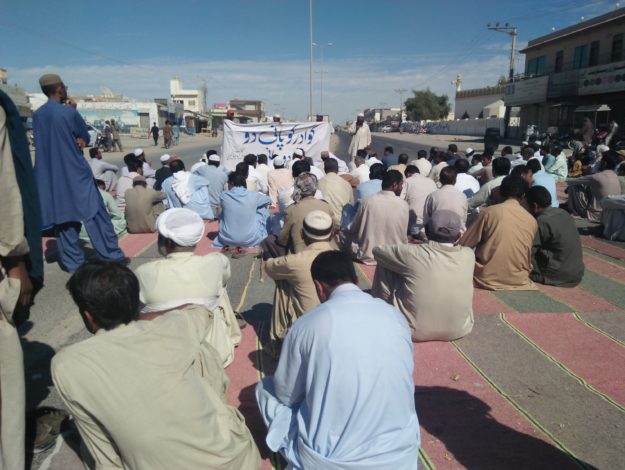 On the other hand, the Public Health Engineering Department claimed that the dues for two months have been cleared whereas the remaining two months bill will be settled soon. SDO Nisar Baloch said, “as per the tanker owners’ demand, we have cleared the partial dues but they are continuing the strike putting the blame on us.”