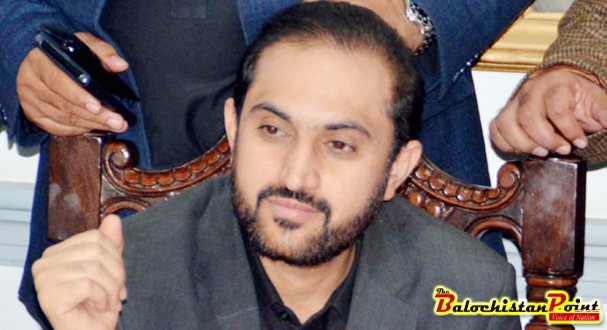 All available resources will be utilized to remove poverty from the province, says CM Balochistan

QUETTA: Chief Minister Balochistan Mir Abdul Quddus Bizenjo has said that all available resources would be utilized to remove poverty from the province. He said this while talking to a delegation of United Nations International Children’s Emergency Fund (UNICEF) lead by Regional Director South Asia Ms. Jean Gough called on him here on Thursday.

Chief Minister said that incumbent government was making all-out efforts to eradicate the menace of polio from the province and for this purpose government is cooperating with all departments including International organizations, adding that law and order situation has improved in comparison to the past and living standard of Balochi people has also been improved now.

CM appreciated the role of polio teams and their determinations for eradication of this menace.

He also urged people to cooperate with polio workers to administer anti-polio drops in order to save their children from polio disease.

Published in The Balochistan Point on February 24, 2018

2018-02-24
admin
Previous: The alarming rise of pedophilia in Pakistan
Next: Balochistan Point staffer honored as an instructor for the Civic Education Program in Washington DC