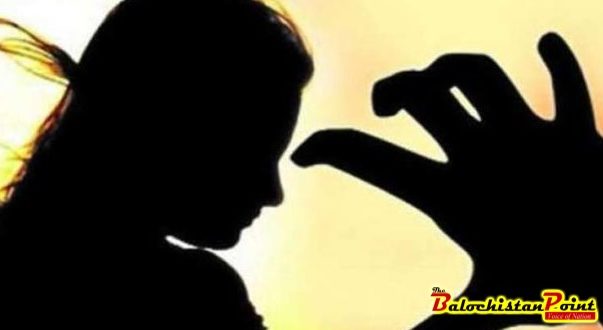 The alarming rise of pedophilia in Pakistan

Following the horrific incident of six year old Zainab who was abducted, deflowered and brutally strangled to death; many other similar incidents are being reported by media almost every day. It suggests that pedophilia is increasing at an exponential rate in our society. It is quite disgusting and the moment of a great shame for our society as a whole. This alarming surge of child sex abuse in our society reflects that our children are extremely vulnerable.

Pedophiles easily victimize our loved ones with impunity. Such beasts need absolute cleansing from our society. I am afraid that if they continue to thrive, they would keep jeopardizing the life and honor of our innocent children. Therefore, all the stakeholders i.e. parents, children and the society as a whole should make a common cause against these wild animals in the guise of human beings  so that we may make our society as a safe haven for  our kiddies.

To this end, we should, first of all, understand the gravity of the issue and then devise a strategy to cope withthis burgeoning social evil. Here is the tiny effort on my part that may help construe the problem and take necessary measures accordingly.

WHO defines pedophilia as the involvement of a child in a sexual activity that he or she does not fully comprehend, is unable to give informed consent to, or for which the child is not developmentally prepared and cannot give consent or that violates the laws or social taboos of the society.

One of the myths attached to pedophilia is that the pedophiles are mostly strangers to children. It is altogether a misguided opinion; according to research, conducted by certain noted NGOS, (who work on child sex abuse) 47% are relatives’43% acquaintances and merely 7% are strangers. Hence, it is wrong to admonish kids only to be cautious of the strangers. They should also be equally careful in their dealings with familiar ones… the abusers can be anyone i.e. the siblings, step-parents,  the grandparents,the teachers, the neighbors, the servants,  cousins, uncles, aunts and the religious leaders etc. in a nutshell, all those people with whom a child interacts in his/her social domain. That’s why the parents are supposed to keep an eagle eye on all those people who share proximity with their children. The parents should trust nobody in this matter. After all, it is an issue of our children’s safety and security.

Moreover, it is also a myth that only the girls are victim of child sex abuse, boys are also equally vulnerable. Therefore, the homogenous protective measures are required for the protection of both the sex.

In addition, it is also a wrong perception that mostly the children from economically disadvantaged section of the society become easy victim of the pedophiles.  Sexual abuse crosses all kind of socio-economic barriers. Comparatively, the children of the privileged class are more at risk than that of the children of less privileged class as they are surrounded by servants even in the absence of their parents. Numerous cases are proof to the fact that the children belonging to well-to-do families were molested by their own servants i.e. drivers, chef, security guards & maids…

Now, the question arises how we can put an end to this rampant social evil; what legal and social remedy is available to nip this social malady in the bud…to put this into effect, multipronged strategy is required. Following is the mention of socio-legal blueprint to rid our society of this mushrooming menace.

On social front, we should narrow down the parent-children communication gap as much as possible for enabling our Children to express their issues with us with great amount of confidence. We should ask our kids to keep us informed and updated about their day to day   activities; who are their friends; what they do; what are their hobbies etc. For this, we, the parents should take time out of our hectic schedule for our children in order to make them feel that we are with them. We should also provide our children with our exclusive attention, solicitude and counseling. In this way, they would feel a sense of protection and solace and with the passage of time; the parent-children trust deficit would wither away and they would resume confiding in us with no fear of admonishment and bullying.

Besides, children should also be sensitized about the birds and the bees (sex education) if not in detail but to the extent that they may distinguish what is good touch and vice versa, to say the least. For this, both the teachers at school and the parents at home should play their respective roles.

Interestingly, after the revelation of child pornography racket, 20 people were nabbed by the police pertaining to this biggest ever criminal scam. By the time, child pornography was not criminalized; only sodomy and rape were punishable under the law. Consequently, several other provisions were added to our legislature in order to further strengthen our child protection framework…

As mentioned earlier, sufficient legislation has been made to arrest the shameful growth of child sex abuse; the need of the hour is to implement that already enacted laws in letter and spirit. Moreover, special legislation is also required as the situation demands.  Like the case of Zainab, all cases of child sex violence should be tried in anti-terrorism court so that they must be prosecuted with same vigilance and expedition as that of the cases of terrorism. Additionally, DNA profile of all the citizens should be included in database of NADRA; it will help us detect the culprits easily as it did in case of Zainab.

Last but not least,there should be stricter punishment against the perpetrators of such heinous crimes. The exemplary verdict given by ATC that handed Imran, the savage killer-cum rapist of innocent Zainab and eight other children, four counts of death sentences, one lifetime imprisonment and 4.1 million in fines has earned countrywide plaudits even the parents of the victim also expressed satisfaction over the decision but the popular demand of public execution of the culprit was reiterated by the mother of Zainab specifically and the public generally. Therefore, the legislature after making required amendments to the law should capitulate to the call of masses.

Published in The Balochistan Point on February 24, 2018

2018-02-24
admin
Previous: Balochistan is in dire need of a Cancer Hospital
Next: All available resources will be utilized to remove poverty from the province, says CM Balochistan