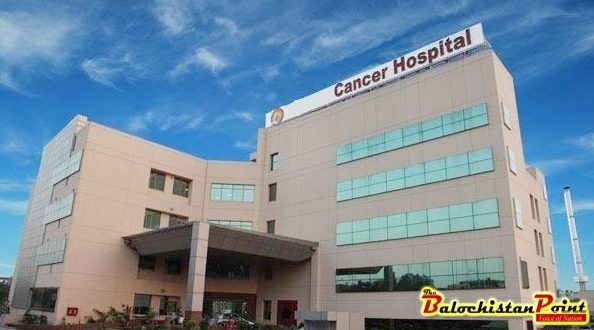 Balochistan is in dire need of a Cancer Hospital

The moving clouds over high mountains with waving breeze whistles the beauty of glorious atmosphere, the four season realizes blessing of almighty ALLAH with the people around having different cultural background and civilization reminds me to be in a heaven of modern cultural world.

When I think about the natural resources  it enforce me to draw my total attention towards world’s most amazing seaport which almost connect the most  countries of the world through its large trade facilities and employment opportunities. It would be injustice not to talk about other minerals such as gold, gas, Coal, Chromate, Barytes, Sulphur Marble, Iron, Ore Quartzite ,Limestone and Sulphor. But on the other hand the words circulate in mind and ask a lot of questions by putting stress on my tiny brain and saying deeply in sorrows by regretting all above statements said for Balochistan. The reason behind it is the hundreds of young lives snatched by cancer in Balochistan. So called rich province even does not have a single cancer Hospital.

We lost Rehan Rind a young educated blood from Balochistan, Khuzdar and hundreds of more unknown victims who left us fighting against cancer having no any support in Balochistan. Their eyes were winking to see any miracle to get rid of dangerous deadly disease.

It makes me raise my little voice with the hope that it will echo huge sound in the walls of parliament and to put my share in the struggle of establishing a cancer hospital for the patients of Balochistan.

The Balochistan really is in need of a Cancer Hospital. it is an humble request to the all political parties along with federal and provincial government to think about the major issue and to solve it by giving approval of construction of  Cancer Hospital in Balochistan province so that to save the costly lives of youth of Balochistan.

Published in The Balochistan Point on February 23, 2018

2018-02-23
admin
Previous: Letter: Women education—Key to progress
Next: The alarming rise of pedophilia in Pakistan