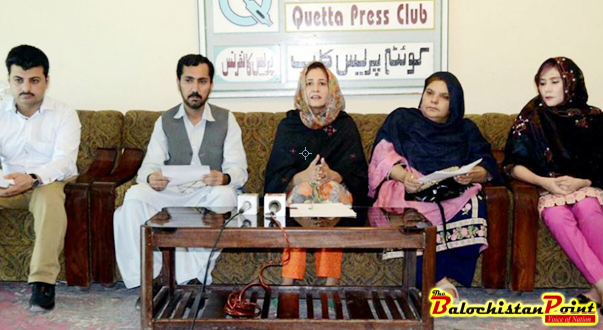 2.6 million women in Balochistan are deprived of right to vote: Women activists

QUETTA: Women Rights activists on Saturday said that 2.6 million women in Balochistan are deprived of right to vote and millions more will be unable to vote if necessary arrangements are not done for their registration.

Sana Durrani asked for reduction in the fee charges of registering CNICs at minimum level in order to provide facilities to poor women and their family members for availing CNICs.

“The Election Commission of Pakistan (ECP) should work with political parties and Civil Society Organization (CSOs) to assist in voting registration in order to ensure women voting in upcoming general and local elections.” Mis Haleema demanded.

Published in The Balochistan Point on May 26, 2018

2018-05-27
admin
Previous: Rs19.4 Billion allocated for promotion of health sector in Balochistan
Next: Jhalwan Medical College: A new phase of development in Balochistan