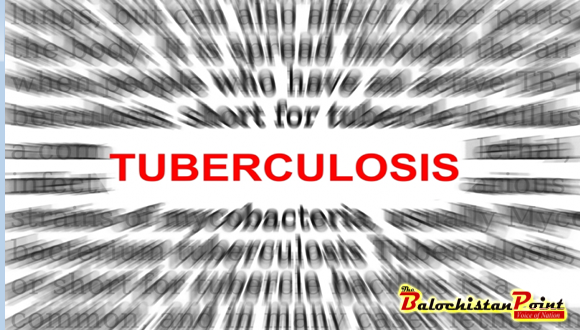 QUETTA: Tuberculosis is becoming a serious threat in Balochistan as there has been a steady increase in cases reported in the province.

About 20,000 new cases of tuberculosis (TB) are reported in Balochistan every year, according to experts. Most of the patients come from the far flung areas of province and border regions.

Treatment of diseases is already a problem in the province due to lack of facilities and poverty in this scenario infectious and contagious diseases such as TB pose a serious threat.

As many as 10,500 TB patients were treated last year, according to TB control programme, Balochistan.

TB control programme, Balochistan, manager Dr Maqbool Ahmed spoke to Geo News regarding the reason for increasing number of TB cases. TB is treatable but its treatment takes a long time, he said, adding “many patients leave the treatment half way through because of how long it takes.”

Due to this, the disease is not appearing more frequently and increasing at a steady rate. While it’s being treated the symptoms stop after two weeks to one month and patients think they have been cured. As a result, the patients stop taking the medicines, he said, adding due to this the number of patients just keeps increasing.

Instead of decreasing, TB is steadily increasing in the province, remarked Pakistan Chest Society president Abdul Jabbar Khan. About 20,000 new cases are registered in the province each year, he claimed, adding most cases are reported in the border areas.

Moreover, TB patients from Afghanistan also come for treatment to Quetta, he pointed out.

He explained that there are three main reasons for increasing number of TB patients. First, is that it is detected quite late, only 35 to 40 patients complete their treatment and then there is the unhealthy diet of people from less privileged backgrounds.

Mostly young people are affected by TB and there is a lack of facilities to treat the people, Khan added.

On the occasion of World Tuberculosis Day, which is marked on March 24, a walk was held in Quetta. Officials, doctors, nursing staff and patients participated in the walk.

Published in The Balochistan Point on March 26, 2017

2017-03-26
admin
Previous: CPEC and challenges ahead
Next: Wide range of opportunities are available in natural resources development: Secretary Finance Balochistan