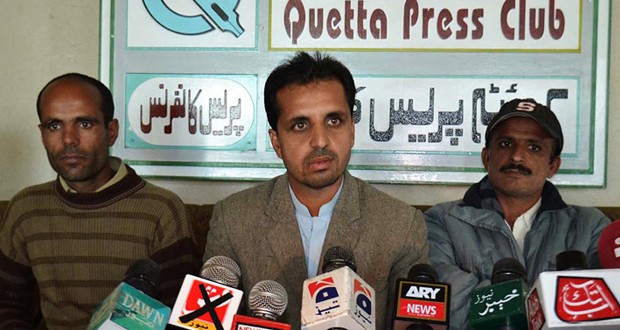 455 Bulled-Riddled Bodies Were Discovered Not 164 As Government Claims: VBMP

QUETTA: Voice for Baloch Missing Persons (VBMP) has rejected the claim of government that 164 bullet-riddled bodies were discovered in Balochistan in year 2014. The correct number is 455, said Nasrullah Baloch, Chairman of VBMP.

VBMP is an organization formed by the relatives of Baloch Missing persons. Yesterday, the chairman of VBMP conducted a press conference in Quetta press club.

Mr. Baloch said that out of 455 bodies that were recovered, only 107 could be recognized. Remaining 348 could not be recognized because those were mutilated beyond recognition.

Chairman of VBMP also lamented the fact that there are inadequate facilities at morgues in BMC hospital and Sandeman provincial hospital. As a result dead bodies can’t be kept for longer period of time for identification.

2015-01-02
Editor
Previous: Zikris Under Attack In Balochistan
Next: Business Of Private Schools And Academies