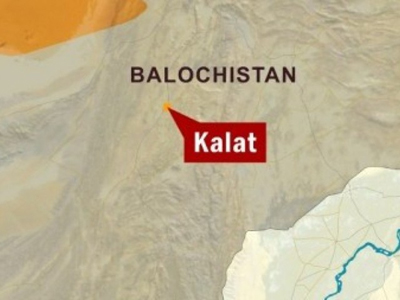 A bullet-riddled body recovered in Kalat

Kalat: A bullet-riddled body recovered in Kalat, some 160-km off southeast of Quetta, on Friday.

According to Police officials, local people spotted a body lying at Killi Chashma area of Kalat and informed them. police  personnel rushed to the site and took the body into custody and shifted it to hospital for medico-legal formalities. Hospital sources said the deceased was killed by bullets and indentified as Irfan bangulzai  resident of Kalat

Published in The Balochistan Point on August 24, 2013