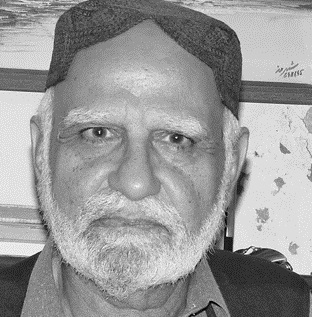 A love for liberty

NAWAB Khair Bakhsh Marri, born on Feb 29, 1928, was named after his illustrious grandfather who, unwilling to provide Marris as cannon fodder for the First World War, fought the historic battles of Gumbaz and Harab against the British in 1918.

He was also a descendent of Sardar Dodah Khan, under whom the Marris in May 1840, at Sartaaf, decimated the troops led by Lt Walpole Clarke. Again in August 1840, a large force under Major Clibborn sent for relieving Kahan was routed at Nafusk.

Khair Bakhsh was the eighth Marri sardar after Bhawalan, to whom sardari was accorded on services to the tribe. Most people fail to understand that the Baloch have a wild love for liberty and their struggle for freedom is indigenous.

A child brought up on the lore of the Marris’ exceptional bravery against ‘pilingees’, or foreigners, could not but have become an ardent freedom lover. Many political analysts claim that Nawab Sahib was a late convert to the idea of an independent Balochistan; but this is patently incorrect.

Khair Bakhsh Marri adhered to his values at huge cost.

Twice he was elected to the National Assembly, but his armed resistance to exploitation continued alongside. The tragedy for the Baloch people is that he alone consistently demanded an independent Balochistan, while other leaders conveniently compromised.

In 1958, the martial law authorities ordered the surrender of guns. Other sardars protested but complied, while Nawab Sahib sawed them into pieces before sending them. For him nothing was more ignominious than surrendering; this he preached and practised all his life.

During incarcerations he never got admitted to hospitals and never complained. He even washed his own clothes. Submitting and showing weakness was not part of his creed. He was uncompromising in his attitudes. When, after a rocket attack during Musharraf’s Kohlu visit in December 2005, his son Balach elicited his opinion he asked: “Why did you miss?”

He kept his principles dearer than worldly comforts and this helped him avoid compromises. He once told me that he was still repaying debts incurred after his return from Afghanistan and added he would not be living in his son-in-law’s home if he had money. His unwillingness to compromise on his principles for worldly comforts has made him the eternal symbol of the Baloch freedom struggle. He adhered to his values and principles at huge cost.

I am among the lucky few he shared his views with. I always shared my pieces with him and he would point out flaws. He would ask me to write down for him the Urdu and Persian couplets which I quoted. He was extremely kind and benevolent; he never entered a room before me, insisting I go ahead, and I reluctantly obeyed. In his presence I always sat as a student does in awe of his most venerable teacher.

Nawab Sahib’s love of cockfighting was legendary and peppered his conversations. He once narrated with passion to me and my nephews Sulaiman and Zabar Kash Talpur tales of memorable cockfights for 90 minutes; his lucid memory amazed me. He would often use cockfighting terminology to explain his point of view. He respected all those who could and would put up a fight.

He was unfathomable, like a snow-clad volcano. He never betrayed his emotions by speaking loudly or harshly or being maudlin. He displayed amazing equanimity in all situations. In my 43 years of association I was fortunate to meet him hundreds of times but never saw him angry or use an inappropriate word. Only once did I see him tearful as he addressed the Marris in Lashkargah in 1988. He, however, became misty-eyed when he talked of his martyred son Balach. He hid his emotions but didn’t subdue them.

He dearly loved his people and fiercely hated his enemies. Because he cared for people he always said that if freedom failed to bring justice to the people it would be meaningless.

He was a father figure, a role model, a philosopher, a strategist and the best example of all that is good in the Baloch. He represented the Baloch trait of overpowering instinct for liberty and freedom. His loss is irreplaceable and his supporters and followers will remain inconsolable.

There is none who can step into his boots so that the Baloch could turn the pain of this loss into a source of strength and vigorously continue the struggle he dedicated his entire life to. If they could, it would be the best tribute to the greatest Baloch of modern times. (Courtesy : Dawn.com )

The writer has been associated with the Baloch movement since 1971.

Republished in The Balochistan Point on June 30, 2014