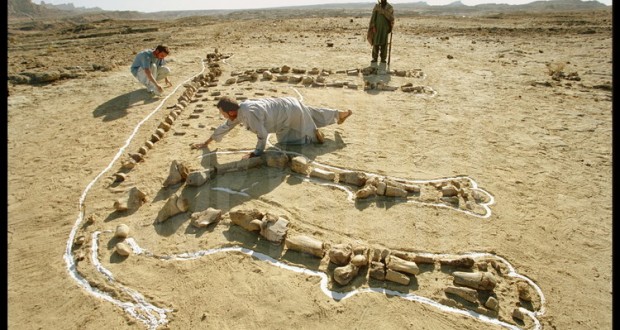 A page of Baluchitherium’s History

Balochistan remains a distinctive region in all respects. It covers the largest share of the territory. A land replete with rich natural resources and its elite cultural heritage and the civilization are worth mentioning. The land of Baloch possesses number of distinguished characteristics be it strategic or geological significance. However, it is worth mentioning to highlight a unique subject of worthy land.

An old page of Balochistan history was unknown to me if I hadn’t happened to visit Pakistan Museum of Natural History (PMNH) where I found the statue of Baluchitherium. Not only the Baluchitherium became a new word for me, but also the statue of it and the history of it appeared new despite having a very long history.

Interestingly, Baluchitherium was the world-largest land mammal ever lived in the universe.

History reveals that a prominent English paleontologist Sir Clive Forster Cooper discovered the bone of the largest land mammal in 1910 in Balochistan. Cooper suggested that the mammal was the size of dinosaur and dubbed it as Baluchitherium. No further scientific research was conducted for about a century owing to which Balochitherium remained an unmarked point.

Actually Baluchitherium is the combination of two words Baluchi for Balochistan and therium for the beast which literally means the beast of Balochistan.

Furthermore, after a long period of time in the early 1990s, another French Paleontologist namely Jean-Loup Welcomme also found the fossils of mysterious creatures in Bugti Hills of Balochistan under the project of “Mission Paleontologique Francaise au Balochistan”. For the mission, Welcomme first contacted Nawab Akbar Khan Bugti and told him the entire story of the discovery. Nawab Akbar Khan Bugti not only welcomed Welcomme and gave him permission, but also helped him (French Team) with keen interest and courage.

Striving very hard until 1997 Welcomme discovered the first finger of the Baluchitherium in a stony valley near Dera Bugti.

The French Team did the examining of every major and minor bone. Finally the team stated that the giant creature was five meter tall and weighed 20 tonnes, almost as massive as the size of three large elephants and survived from 30 million to 20 million years ago.

Also, the French team discovered  about 20,000 fossils of mammals only from and around the areas of Dera Bugti.

A worth point is that it has been stated by the scientists that Balochistan could be the mother land of all animal groups including humans; nevertheless, it needs more scientific research. One can judge the enrichment of Baloch land from this point that only five percent of Dera Bugti has been searched so for.

Published in The Balochistan Point on July 9, 2014