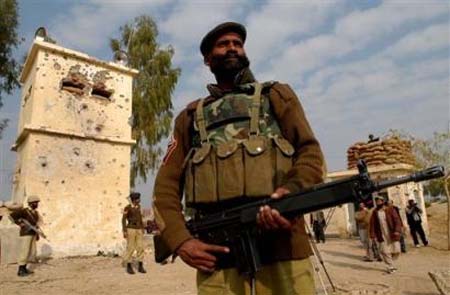 According to the details, unknown armed men attacked FC check-post with sophisticated weapons at Nawab Coal Mines in Tehsil Duki of Loralai district. As a result, 5 personnel of FC were killed and 1 sustained injuries.

The deceased personnel were identified as Sarfraz, Raisat, Akbar Khan, Zia Khan, Rashid while the injured as Sajid.

FC cordoned off the area soon after the attack and launched a manhunt for the culprits.

The dead bodies of the FC personnel were later shifted to their native villages.

Published in The Balochistan Point on July 10, 2014