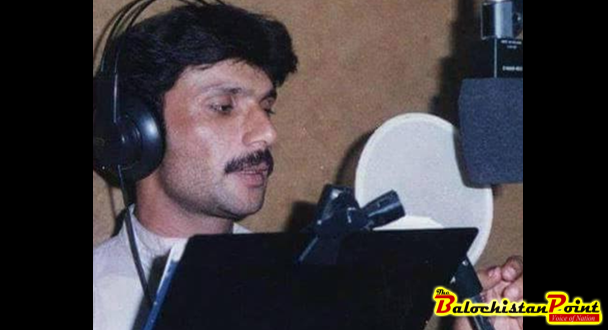 Noor Khan Bezanjo was born on January 9th, 1970 in Pasani. He was son of Ghulam Sarwar Bezanjo. He completed his matriculation from Pasani and for further education he moved to Karachi where he completed his high school and graduation. After his graduation from Karachi then he moved to Quetta for higher education where he achieved his master degree, Master of Arts in History from University of Balochistan, Quetta. He was the first singer who had completed master degree in History. When he was reading, enrolled in politics, and joined Baloch Students Organization.

Furthermore, Noor Khan Bezanjo was a fond of singing from his childhood, when he was reading in school started learning music. He learnt the basics of music from his basic teacher of music Ustad Ejaz Ali Baloch in Pasani. After that when he moved to Karachi for his higher education. In Karachi he started learning music with under the supervision of  Ustad Mohammad Omar.   During that period, he also availed opportunity  to learning music from  Ustad Abdul Sattar Baloch.

In 1988, he started singing in different Balochi musical program in the meantime he met with a great and famous singer Waja Ustad Arif Baloch who  has a lovely and heart touching voice like him as well his songs composing are the best. Then they moved on to sing duet songs and released many albums together. They also attended many different musical programs together. Their friendship was outstanding and remarkable, which was an instance for others.

Mr. Bezanjo was very famous and popular not only in Balochistan, as well in Sindh, Iran, Oman, Bahrain and United Arab Emirate. Noor Khan Bezanjo and Arif Baloch  were invited to gulf invited countries for music programs. 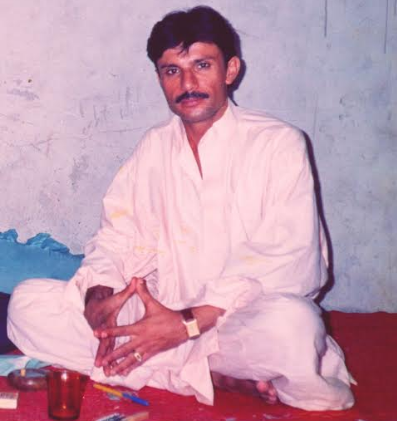 Noor Khan also used to write poetry and composed songs. He had been considered a great singer with his heart touching and lovely voice. He also played a vital role for merging the classical and latest music. Noor Khan’s Voice was considered a unique, not everyone owns such a beautiful voice naturally. In addition, Noor Khan had a great contribution to the promoting and developing Balochi culture and language. He served the Baloch Nation with his best. He also attracted numerous number of hearts of his fans.

The day before his death, he and Arif Baloch were attending a musical program in Mand, Kech, and Balochistan till the dawn of the next day. On August 6th, 2003, afternoon he was passed away in his best friend Airf Baloch guesthouse Koshkalat Turbat, Balochistan. His sudden death was very shocking for everyone. Till up to date no one could imagine that, he is not any more with us for more than 15 years. He left his widow with two daughters and a son.

On the death of Noor Khan Bezanjo his best friend, Arif Baloch said: “I have lost my voice.” In addition, whenever he sings a song, which was sung by his best friend Late Mr. Bezanjo, he used to praise him for his dedications and contributions to the Balochi music, cultural and literature. He does miss him a lot.

In 2003 a condolences ceremony for Ustad Noor Khan Bezanjo was held in Karachi, where many Baloch litterateur, singers, musicians, poet and linguistic participated.

On that program Ustad Abdul Sattar Baloch who was also a teacher of late Noor Khan, he refereed Noor Khan as a superstar artist. He added: “We regret that a great artists and superstar has been separated from us as well from our entire Baloch nation.”

Moreover, GR Mullah who was a poet and intellectual referred to Noor Khan as a representative of the Baloch Nation with his lovely voice and he added that the artists would never die.

Noor Mohammad Nooral is a great singer, poet, music composer as well a music instructor. He says that Noor Khan with his short period of time did his level best what he could do. Everyone dies a day but sudden death of Noor Khan was very regretful and a person like Noor Khan who was serving and helping the Baloch nation.

After the death of Noor Khan, it seemed like many new singers flooded the music market. Though somebody knew singing or not but they tried to record songs and just release them. The music productions, which recorded and released Noor Khan’s albums, they sold numerous number of of castes, CD’s and DVD’s  and , they did a great amount of business.

Though was passed away 15 years  ago, his beautiful, lovely and heart touching voice is still alive in the hundreds of thousands people which can be heard by hundreds of thousand people around the world. On every August 6th,  he is being paid tribute for his great contributions to Balochi literature and culture on his short period of time. Baloch nation thanks Late Waja Ustad Noor Khan Bezanjo for his heart touching songs and dedications for the Baloch nations and Balochi language, culture and literature.

An impressive quote by master of the music late Ustad Noor Khan Bezanjo,

“Listen to your nation and tolerate them, that’s the symbol of the nationalist.”

Sami Parvez is staff writer at The Balochistan Point.  He  tweets at @BalochSami.

Published in The Balochistan Point on August 11, 2018