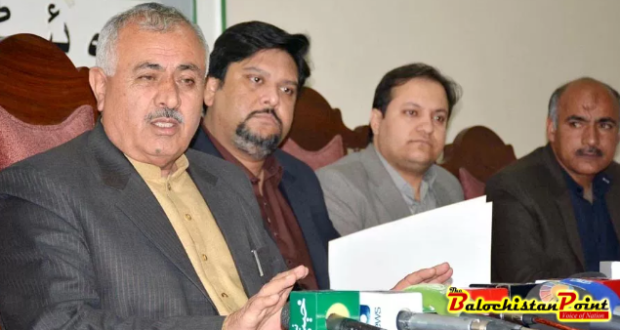 Quetta: Provincial Minister for Education Abdul Rahim Ziaratwal has said that academic year in schools has resumed from March 1st in the cold regions of Balochistan and books have also been provided to all the schools since February 15th.

Speaking to a press conference here at Quetta Press Club on Wednesday, he said that their efforts have been fruitful in ameliorating the performance of schools and it is testified from the shift of 7% of the children from private to government schools, adding that the schools who would exhibit poor results would face disciplinary action. He, however, abstained from commenting on the ghost schools and teachers.

He said that it was utmost desire of the government to educate the children in Balochistan as par other province as it was not possible for any nation to achieve development without. He said that the books had been distributed this year even before the opening of schools.

He said that government had brought all the sources in use for the development of educational sector and books have been dispatched to all the districts.

He said that the most important issue in the schools is that of buildings and water and a policy is being devised to address the issue.

Published in The Balochistan Point on March 2, 2017