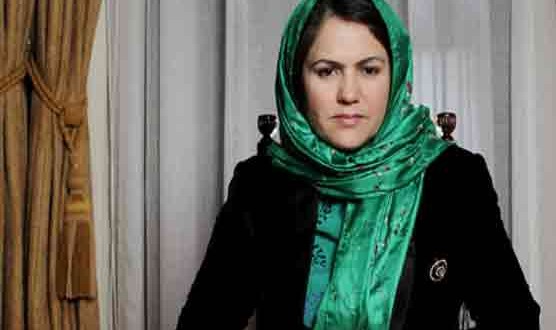 K ABUL (AFP) – The Afghan parliament on Saturday cut short a debate on a bill to protect women  from violence after complaints from some traditionalist MPs that it was against Islamic teaching.
The Elimination of Violence against Women (EVAW) law, which was passed by a presidential decree in 2009, is seen as a benchmark piece of legislation marking progress since the fall of the Taliban regime nearly 12 years ago.
But ratification by parliament was postponed after several MPs branded the bill as against Sharia law — the Islamic teachings drawn from the Koran, the Prophet Mohammad and rulings by scholars.
“This law is just a government project, it is against Sharia… we need to discuss more about this and remove articles that are against Islam,” Abdul Sattar Khawasi, a conservative MP from Parwan province, said.
In a rowdy debate, some male lawmakers shouted out that child marriage — made illegal by the bill — should not be a crime.
But there were also strong supporters of the law during Saturday s curtailed session in parliament.
“This bill was signed into effect after enormous efforts by women, this law is to defend the rights of poor women in towns and villages,” Takhar province MP Mariam Kofi said.
Aimal Faizi, President Hamid Karzai s spokesman, told reporters that Karzai would not interfere in parliamentary affairs but suggested that the palace was working to boost support for the bill.
“It is up to them to pass it or not to pass it, but the president has recently met with representatives of women and civil society,” Faizi said.
“They have discussed these concerns that the women have in regard to this bill and what kind of support we can get from within the parliament.”
The EVAW bill is already officially law, but many women s rights activists fear that conservative MPs could water it down by insisting on amendments, or even try to throw it out completely.
“We did not want this law to go to parliament. But unfortunately it happened,” Mahbooba Seraj, an activist, told AFP.
“Afghan women have fought for years to make this law. If parliament changes it, women will go ten years backwards and they will have to restart their fight.”
The law bans violence against women, child marriage and forced marriages, and is considered one of the government s key achievements since the Taliban era, when women were banned from attending school or any form of public activity.
Western countries point to advances for women as an indicator of success in a long and costly war that is increasingly unpopular in the United States, Britain and other nations contributing troops to the NATO-led coalition.
But the bulk of the 100,000 international troops will pull out by the end of 2014, and there are widespread fears that improvements in women s lives will be eroded after the soldiers depart.
“The parliament is politicising it, but for us the existing law is valid, we will hold on to our achievements,” rights activist Wazhma Frogh told AFP.
There have been a series of widely-publicised cases of horrific treatment of women this year in Afghanistan.
One mother of two children was shot dead by her father in front of 300 villagers in an execution overseen by religious leaders in the northwestern province of Badghis last month to punish her for an alleged affair.
Under the Taliban s 1996-2001 regime, women risked being beaten if they did not wear full burqas or if they left the house without a male escort.
Comments