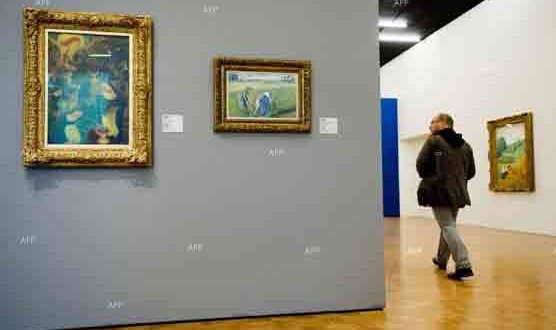 5 00 paintings and works of art have been stolen from apartment belonging to a deceased collector.

BUDAPEST (AFP) – More than 500 valuable paintings and works of art have been stolen from a Budapest apartment belonging to a deceased collector, Hungarian police said Saturday, in series of robberies that apparently went undetected for years.
“The police have opened an investigation into a case of theft concerning works of art of exceptional value,” a police statement read, adding that it was in the process of determining how much the missing items — including an untitled sketch by Gustav Klimt — were worth.
The paintings and artworks were removed from a flat belonging to Dezso Kovacs, a Hungarian art collector who died in 2002.
The robberies took place sometime between 2005 and 2013, the statement said, and have apparently only now come to light.
The valuables were being stored in the apartment while the collector s heirs worked out their share of the inheritance.
Among the stolen paintings were works by Italy s Tintoretto, France s Maurice Utrillo and by Hungarian artists including Laszlo Paal, Gyula Derkovits and Karoly Ferenczy, according to the statement.