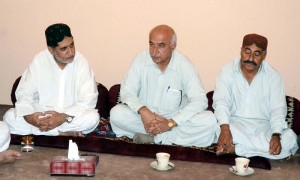 Democracy is the only option for Baloch nationalists,” says Balochistan’s new chief minister Dr Abdul Malik Baloch. “We need to connect with national democratic forces to achieve our objectives. We need to work within Pakistan. We have no other option.

In  an interview to Dawn.com, Dr Malik said that a move by US Congressman Dana Rohrabacher to create a separate state for Balochs will further confuse the Baloch struggle for their rights.

He said that relations with neighboring states, particularly India, Iran and Afghanistan have a direct impact on the situation in Balochistan.

“Our institutions need to sit together and work out a new foreign policy if we want peace, particularly in Balochistan.”

The sectarian violence, he said, was directly linked to the Iran-Saudi conflict and “we need to device a balanced approach to prevent these two countries from fighting their war on our turf.

Dr Baloch is the first chief minister of Balochistan who is neither a tribal chieftain nor a member of the former ruling families. Although nominated by Mian Nawaz Sharif, Dr Baloch was a consensus candidate of all political parties.

He is a middle-class physician from the Kech district. Born in Sigenisar village near Turbat, Dr Malik got his early education from a village school and did his intermediate from the Government Collage, Turbat.

He completed his MBBS from the Bolan Medical College and later specialized in eye surgery. He ran a clinic in Turbat for a brief period before entering active politics.

Q: You are a middle class person and do not have a tribe or a princely state to protect you. Do you feel vulnerable?

Dr Malik: Yes, we do not have armed guards or death squads. We are political activists. We do not know if we will survive this crisis or will die while struggling for our cause.

Q: Can the Baloch get their rights through an armed struggle?

Dr Malik: I do not believe that Baloch nationalists can achieve their targets through any other means. Today, democracy is the thing. There’s consensus in the world on democracy.

Q: How will persuade the nationalists to join you?

Dr Malik: My message to them is: do not leave us alone. Work with us. Sit on the opposition benches if you want. But do not opt out of the current democratic struggle.

Q: What will be the greatest challenge to your government?

Dr Malik: Recovering the missing people, that’s a major issue. So is poverty. I urge all Baloch nationalist forces to join the democratic struggle. I do not claim that we will resolve all issues but we will do our best to produce positive results.

Q: And why should this government be different from previous governments in Balochistan?

Dr Malik: After more than 400 years, Nawaz Sharif has chosen a political worker like me. This is a change. The change is happening in other places too. Who could have thought that one day the Pakistani media will criticize the Pakistan establishment but they do now.

Q: Many educated people – including Balochs – are leaving Balochistan because of violence. How will you stop this?

Dr Malik: We want to stop this brain drain. We will try to bring them back. Our message to them is, come and work with us in rebuilding Balochistan.

But there’s another migration, which is happening at a much larger scale. This is the migration of ordinary Baloch people to other provinces. We need to stop this migration from Balochistan.

If we do not restore peace, people will migrate. Remember, there are more Baloch in Punjab and Sindh than in Balochistan. And this is happening again.

In the US Congress, a lawmaker Dana Rohrabacher has introduced a resolution, endorsing the demand for an independent Baloch state. This is no move. This will make the Baloch people even more sentimental. There is no logic behind this. This is an illusion. First, the revolution was coming from Moscow and now it is coming from Washington. This is no revolution. We need to learn to focus our attention on a democratic struggle.

Q: Is India a factor in Balochistan? Does it encourage violence?

Dr Malik: It is multi-dimensional issue and involves all, Iran, Afghanistan, and India. The sectarian violence is also a part of this greater game. It is linked to a fight for influence between Saudi Arabia and Iran. Their war is being fought in Quetta.

Q: Some people say that the current political change will further increase Saudi influence in the country, do you agree?

Dr Malik: The Saudi influence was always there. As I said earlier, our institutions need to redefine our foreign policy. If they all agree on a joint approach for dealing with this problem, we can overcome it. Remember, foreign policies always impact internal issues. If China helps you, it is compensated in Balochistan.

Q: Is India a factor?

Dr Malik: If you interfere in other’s affairs, they will do the same. But sometimes we overdo the foreign factor. Once I was hiding in Karachi but the entire media was reporting that I was in Kabul.

Q: Who did the most damage to Balochistan?

Dr Malik: Musharraf, if Musharraf had any wisdom, this would not have happened. Only if he had listened to Mushahid Husain and Chaudhary Shujaat Husain, this calamity would not have been avoided. Nawab Saheb (Akbar Bugti) told me he was talking to the government but then Musharraf decided to kill him.

Q: Why did you reject the option for an Azad Balochistan?

Dr Malk: Our party believes that we need to continue our struggle within Pakistan. This is our best chance.

Q: Is this the last opportunity for a peaceful resolution of the Balochistan crisis?

Dr Malik: The situation we face today is dangerous. If we do not evolve the right strategy to deal with it, we will be in trouble. It would be difficult to have another election in Balochistan.

Dr Malik: At the national level mullahism and dictatorship or Balkanisation, the consequences in Balochistan will be horrible.

Q: What do you say about the target killing of non-Baloch ethnic groups in Balochistan?

Dr Malik: Our nationalism has always been humanistic. We do not hate any language or ethnic group. We are against killing innocent people, Baloch or non-Baloch. These killings are a big stain on the Baloch nationalist movement. In the 70s, Punjabis, Urdu speakers and Sindhis all supported our movement. Punjabis were also arrested in the Hyderabad conspiracy case. Poet Habib Jalib was in the jail with us.

Q: How to end violence?

Dr Malik: That depends on the government in Islamabad. If they do not create the right environment for peace, our government will not work and there will be no development either.

Q: Will you have the authority to call the FC back to the barracks?

Dr Malik: If the federal government wants peace they will have to give us the powers we need. I will not be a powerless chief minister. I am not saying I will leave the government but I will go back to my party and do whatever they ask me to do.

Q: Will you recall FC?

Dr Malik: I believe that this operation against the Baloch people must end. I am focusing on ending violence. We have made all these calculations. We do not want to start on a negative note but we have no illusions either. There is a fire that needs to be put out.

Q: Do you have what you may need to put out this fire?

Dr Malik: Some of these problems are beyond my control, the missing persons, target killings, sectarian killings; these are decisions that need to be taken by the federal government Reko Diq is a provincial subject, so are Gawadar port and the Iran gas pipeline. If you do not take the people into confidence, you will not be able to use these resources. Balochistan’s resources are for the common people of Balochistan. I cannot guarantee that this will happen but we will work for it. We have the will to confront these problems. Previous governments did not. They wanted the troubles to continue because they brought political gains for them. My most cherished desire is to restore peace in Balochistan. That’s why I am sending a message of peace. (Courtesy: Dawn.com) 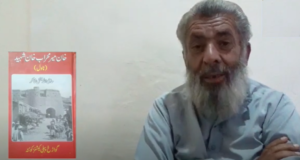 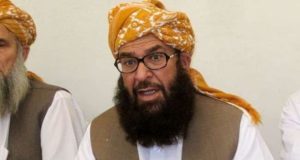 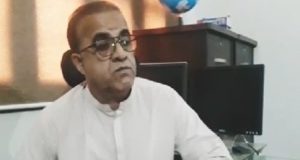