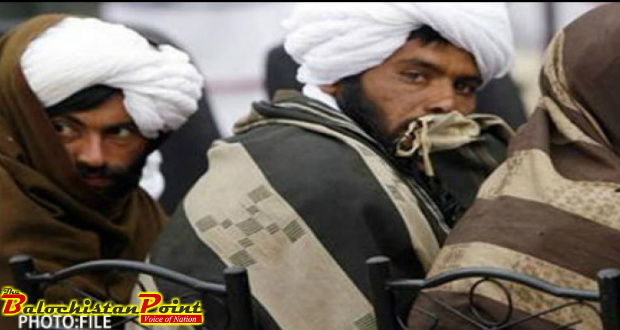 Afghan Refugees: A Burden on Pakistan

The refugee crisis is as old as human civilization. Refugees have never been welcomed by their host countries. For instance, when the hapless Muslims of the subcontinent sold their valuable properties and embarked on an en mass exodus to Afghanistan, Unfortunately, they were blatantly refused refuge. The unexpected embarrassment at the hands of their Muslim brethrens and ruthless weather killed many of them on their way back to subcontinent.

Although, in the present world, thanks to the human rights conventions of the United Nations organizations, refugees are permitted to stay in host countries as long as they live peacefully. According to UNHCR, the world wide population of refugees is approximately 60 million. Given the instability in the Middle East and Rohingya crisis, it is predicted to increase in the foreseeable future. Presently, Turkey tops the list of countries that harbor refugees by facilitating a population of 1.8 million Syrian refugees, while Pakistan stands in the second position with 1.7 million Afghan refugees.

A population of 1.7 million refugees, undoubtedly, poses serious implications for a third world country like Pakistan. Since situation in Afghanistan has improved and a new government is in place, thus there is no logic in hosting a flux of refugees. Pakistan has fulfilled its international responsibilities with a good faith by allowing Afghan refugees to live in serenity in its territory for more than three decades. Nevertheless, it is high time that Afghan refugees are settled back in their own country.

Pakistan is a country with an ailing economy. The increasing budget deficit, simmering inflation and growing informal economy have retarded its economic growth. The rising unemployment has widened the gulf between haves and have nots. In short, the economic indicators are unsatisfactory and discouraging. Being mired in the quagmire of economic instability and degeneration, by no yardsticks Pakistan can afford to support a population of 1.7 million internationally displaced refugees. Besides, Pakistani youth, that is almost 60 percent of the national population, face tough competition in job-market. Since the refugees happily agree to work with little pays, they give the indigenous people a hard time while they hunt for job. Furthermore, the hike in price of daily commodities is another reason that make refugees aversive and undesirable for the local population. The greater the demand, as an economic theory suggests, the higher the price.

In addition, the large refugee population is also a great burden on national infrastructure. Without a doubt, the health and sanitation infrastructure are pitiable in Pakistan. One must acknowledge such an overwhelming quantity of refugees push an already staggering infrastructure to the verge of break down. This fact is manifested by BMC hospital Quetta, which displays acute signs of systematic failure and institutional dysfunction.  What is more, relentless influx of Afghan refugees in Quetta has crippled the feeble sanitation system. Hence, the alarming situation in Quetta and other parts of the country vindicate the fact that Pakistan may not anymore be able to support Afghan refugees given its economic and infrastructural predicaments. Realizing this fact the KPK Chief Minister has announced a plan to send back illegal Afghan refugees to Afghanistan.

Furthermore, the poor and unemployed Afghan refugees have been greatly attracted by banned terrorist and extremist organizations. Security analysts strongly believe that refugees are recruited by terrorist owing to their perplexing economic problems. While it can’t be confidently said that refugees are responsible for the law and order situation in Pakistan and worldwide, as researches suggest, they are more vulnerable to crimes. Pakistan has already waged a war against terrorists country-wide; it confronts serious and existential threats in its urban and rural areas. The extra ordinary times require extraordinary efforts and decisions. Given the suspicious history of refugees and their lethal nexus with terrorist organizations, Pakistan, probably, should do its best to repatriate refugees to Afghanistan.

Moreover, the inflow of millions of refuges has fueled conspiracy theories and suspicion among the local ethnic groups. There have been significant demographic changes with the arrival of afghan refugees in Pakistan. Given the history of ethnic conflicts in the region, the demographic changes do not bode well for the peaceful co-existence of different ethnicities. For example, Balochistan which host the majority of afghan refugees has seen any of the worst ethnic strife. Baloch, the largest ethnic group of the province, suspects that they are being deliberately converted into minority. They allege that Afghan refugees are being registered as Pakistani nationals to alter the ethnic composition of the province. This allegation is corroborated by the fact that belatedly NADRA exhumed a major corruption scandal in which fifty thousand Afghan refugees were given CNIC. Indeed, it is a matter of serious concern because a beleaguered state such as ours, may not withstand communal conflagration in the future.

To conclude the above discussion to its logical conclusion, it is asserted that Pakistan must live up to its international commitments without hurting its national and international interests. Nonetheless, since peace has been restored in Afghanistan with the backing of international powers, there is no logical reason, at least a sane mind can’t find, in hosting such a large number of refugees. The economic indicators and accomplished economists, both national and international, have categorically rejected the assertion of Mehmood Khan Achakzai who opines that the destitute Afghan refugees have underpinned national economy of Pakistan. The current security challenges, infrastructural impediments, emerging demographic troubles necessitate that the government of Pakistan must take immediate measures to resolve the refugee crisis and help the Afghan government in the rehabilitation of refugees.