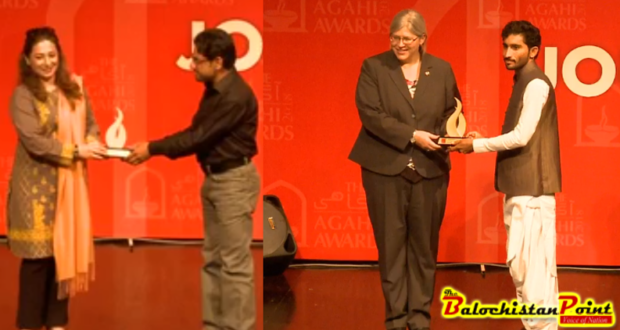 Yousaf Ajab Baloch and Munaj Gul Muhammad received the awards for their reports in their respective categories as journalist of the year 2018.

The award ceremony was held on Sunday at Pakistan National Council of Arts (PNCA) in Islamabad.

This year Agahi Awards received more than 2000 nominations from all over the country in 40 different categories from print, television, radio and online media.

Published in The Balochistan Point on December 10, 2018