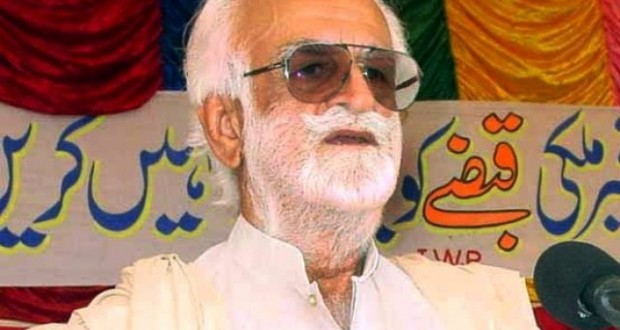 Quetta:  The Baloch Republican Party (BRP) has announced complete shutter-down and wheel-jam strike all over Balochistan on the seventh death anniversary of Nawab Akbar Khan Bugti on August 26.

In a statement, the BRP appealed to the Baloch general public, business and transport community to support the strike call to pay tribute to Bugti and express their “commitment for the struggle of the Baloch who have sacrificed their lives for freedom of Balochistan”.

“The BRP will also organise events and hold references in all units in Balochistan and party chapters in foreign countries to remember and admire the lifelong struggle and ultimate sacrifice of Bugti for the rights and independence of the nation and country,” the party said in the statement.

According to BRP, a shutter-down and wheel-jam protest will be observed to pay tribute to Nawab Akbar Khan Bugti.

2013-08-25
admin
Previous: 70 bodies had been found during the tenure of the incumbent government: Nasrullah Baloch
Next: Nawab Akbar Shahbaz Khan Bugti II (1927-2006)