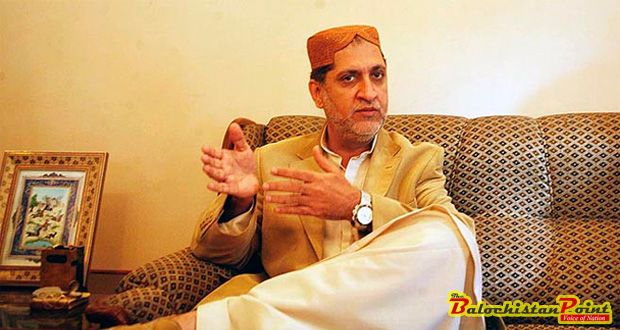 He made this announcement using twitter on 30th April.

Willing to give 100 acres of land FREE in Wadh for any govt official to build an university. Volunteers can contact me whenever! 🙂

He also revealed that he is running two English medium schools in Wadh using his own resources and wanted help of the others.

I am running 2 Eng med schools in my village with my own resources. Help me help my people and our women. — Akhtar Mengal (@sakhtarmengal) April 30, 2015

Federal Minister for Planning and Development, Ahsan Iqbal, accepted the offer of Akhtar Mengal and promised his complete support for establishment of a university in Wadh, also through a tweet.

@sakhtarmengal Sardar sb. Thank you for the kind offer. I assure you my complete support for a university project in Wadh.

@SAkhtarMengal is the official twitter account of Sardar Akhtar Mengal and he confirmed this during his interview given exclusively to The Balochistan Point,in January this year.

In the past, Punjab government announced to establish a Heart hospital in Quetta from its own funds but that promises has not materialized so far.

Published in The Balochistan Point on May 2, 2015