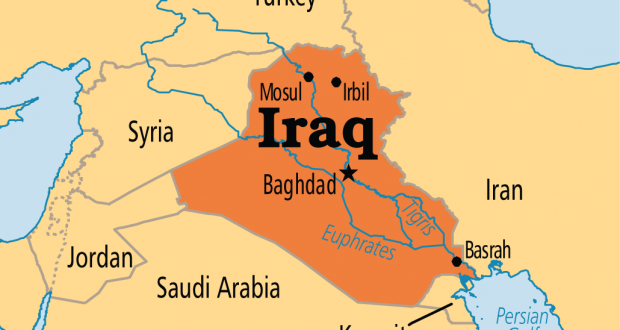 Al Qaida starts isolating their own territories in Iraq

“He knows how to control them, he didn’t even mentioned them, all bad works done by the Independent committee of election” said an Iraqi lawyer referring to the special court resolutions caused in exclusion of several candidates.

Tens of candidates eliminated due to the fuzzy mysterious articles in the new election law .

This article asking the independent committee of election to “evaluate” each candidate behavior and character and decides whether he or she had a “decent” reputation!

On the ground, thing seem not to be ready for the next election at all, in three unstable governor ates largely controlled by Al Qaida and different insurgents groups.

The Sunnis shift their demands from active participating in official positions in to having their own “self federal ruling”, in the same time, the northern Kurdistan regional government come off in a financial crises considered the largest  since 2003 due to zero cash available to pay the monthly official stipends .since the federal budget still stack in the federal parliament. And in somehow that seem to be fit to raise the patriotic spirit among Kurds in the north and should be, later in the election, harvest the votes for the powerful recent Kurdish political alliance in control and power .mostly anti-Maliki.

Rebels in Anbar, Fallojah, Mousel, destroyed 21 vital bridges which dragged the security situation in to a case similar to 2007, before the American withdrawal.

Islamic State in Iraq & Sham (ISIS) adopted the responsibility of the last attacks, left 11 policemen killed within 24 hrs rising the rate of their deadly attacks to the top records since 2009.

The rate of monthly mortality due to terrorists actions in Iraq has risen sharply in last March to 2783 civilian deaths & 730 casualties in armed force during the sweeping security operation seemed to be endless with no clear victory to announced.

The parliament realized too late that he just gave Maliki a legal tool to face his adversary.

Hastened to pull back the legislation but the Supreme Court prohibit this   regretful act calling for new draft should be initiated by the government first.

As a normal consequence of mutual pressure of both, Gov & Parliament, The full board member of Independent committee of election resigned refusing to submit for these acts of dual pressure.

During this political clutter, the Prime minister showed a clear reluctance to the election postponement efforts, warning of “Opening the hell doors” if the election shifted after the coming April 30″. Meanwhile, Anbar governor announced“the impossibility of flowing up the election preparation in almost 50% of the province”.

The election campaign began in such circumstances, also confused by the subdivision of the major political blocks into smaller one similar in agenda.

Published in the Balochistan Point on April 5, 2014

2014-04-05
admin
Previous: Half of the settlements in Balochistan don’t have schools: CM Advisor for Education
Next: A toothless commission