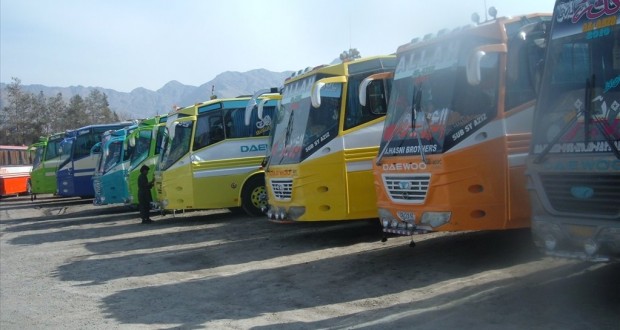 Quetta: All the bus and coach stands that are situated inside Quetta city will be shifted to Hazar Gunji by 15th September, according to a statements issued by Quetta development Authority (QDA).

A meeting was chaired, on Thursday, by Director General of QDA Noor Ahmad Pirkani. It was decided in that meeting to take stern action against the transporters who didn’t shift their stands to Hazar Gunji till 15th September.

According to QDA sources, Bus stands of Musa Colony, Spini Road, Gahi khan chowk and Karachi Coach stand near Jam Ghulam Qadir flyover will be shifted to Hazar Gunji complex. Any transporter who violated the rules will be dealt with according to law, added QDA sources.

Hazar Gunji is located in the outskirts of Quetta city.  Under privileged passengers coming from remote parts of Balochistan, find it inconvenient to travel to Quetta city from Hazar Gunji through public transport.

Published in The Balochistan Point on 5th September, 2014.

2014-09-05
Editor
Previous: BNP protested against killing of Zikris and journalists
Next: Balochistan:A Battle Ground for Journalists